Book Spotlight: In the Unlikely Event by L.J. Shen 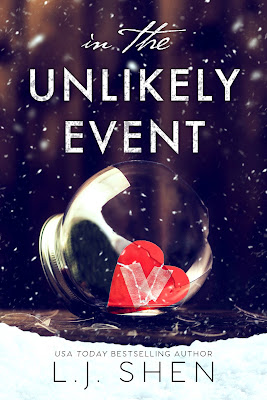 About In the Unlikely Event
Sometimes you meet people who are out of this world, so you make them a part of yours.

A one-night stand born from vengeance in a foreign land.
An explosive chemistry neither of us could deny.

We signed a contract on the back of a Boar’s Head Pub napkin that said if we ever met again, we would drop everything and be together.
Eight years and thousands of miles later, he’s here.

The intangible Irish poet who brings record executives to their knees.
The blizzard in my perfect, unshaken snow globe.

Last time we spoke, he was a beggar with no intention of becoming a king.
But a king he became, and now I’m his servant.

I’m not the same broken princess Malachy Doherty put back together with his callused hands.

I have a career I love.
A boyfriend I adore.
An apartment, a roommate, a life.

I changed. He changed, too.

But Mal kept the napkin.

Question is, will I keep my word?

Add In the Unlikely Event on Goodreads. 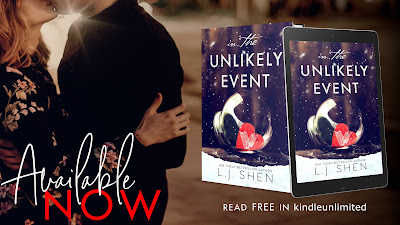 An Excerpt from In the Unlikely Event
When I finally come face to face with the street artist standing on the side of the pavement, his guitar case open and full of rolled-up notes and change, I understand why his grandfather told me I’d recognize him with the self-assurance of an avid believer.

He is beautiful, true, but that’s not what stands out to me. He is radiant.

It’s like his presence has a presence. He sucks the air out of everything in his vicinity, making it impossible not to look at him. Malachy is tailor-made for a huge, colossal heartbreak. Everything about him—his tattered jeans, filthy boots, white shirt, and leather jacket that was broken in decades ago—screams trouble. He looks like a seventies heartthrob. An icon. A Terry Richardson muse. Bruce Springsteen pre-fame.

His voice is like honey and warm spices. It lulls me into a place in my mind I’ve never been before, even though it’s far from beautiful. It is gruff, throaty, and smoky. When someone bumps my shoulder to get closer to him, I snap out of my reverie and realize what I’m listening to.

The coincidence is strange. I try to tell myself it’s nothing. This is Ireland. U2 is a national treasure.

His eyes are squeezed shut as he sings. It’s like no one exists other than him and his guitar. Something warm rushes through my skin, like a heat wave, and I shudder in delight.

I always thought there was something melancholy about street performers—the way people walk past them, ignoring their music, their art, their passion. But this guy, he’s the one doing the ignoring. The tables have turned. He’s got the crowd eating from the palm of his hand. Every woman here is under a thick, sweet spell. He’s got that Harry Styles quality that makes girls want to bed him and older women want to adopt him. The men are a cross between impatient, annoyed, and jealous. You can see it in the way they tap their feet, check their watches, nudge their wives and girlfriends to move it.

The song ends, and Malachy Doherty cracks his eyes open and stares directly at me, like he knew I’d be here. Like he watched me watching him through closed eyes. Disoriented—and for some reason wanting to do something, anything—I throw a bill into his guitar case and look away, realizing to my horror that I threw the fifty euros his grandpa gave me. Everyone around me murmurs and whistles. They think it was intentional. I can feel my face flaming red. I bet he thinks I want to sleep with him.

Do I? Probably. But should he know that? Hell no. 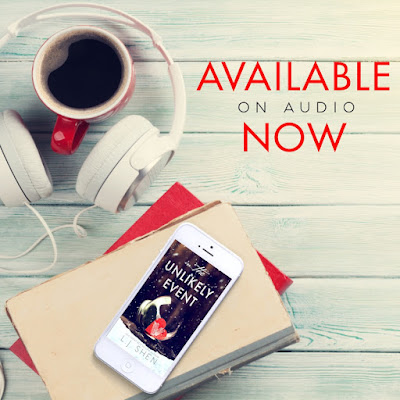 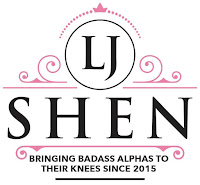 L.J. Shen is a USA Today, Washington Post and Amazon #1 best-selling author of contemporary, New Adult and YA romance. Her books have been sold to nineteen different countries.

She lives in California with her husband, son, cat and eccentric fashion choices, and enjoys good wine, bad reality TV shows and catching sun rays with her lazy cat.