Book Spotlight: The Light We See by J. Lynn Bailey 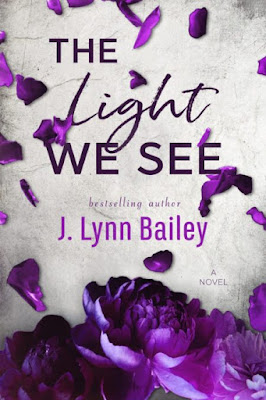 About The Light We See
From Carpinteria, California, we left.
In Arizona, we barely spoke.
In New Mexico, I gave him a promise that I knew I couldn’t keep.
In Texas, we slept under the stars.
In Oklahoma, he told me a story I wouldn’t soon forget.
In Louisiana, he gave my soul a voice.
Between Arkansas and Mississippi, we took full advantage of an opportunity.
In Tennessee, I studied his face.
In Kentucky, he introduced me to his parents.
In Ohio, he found my heart.
In West Virginia, we drank whiskey and told ourselves that truths are better left untold.
In Maryland, we felt the weight of the night.
In Pennsylvania, his wife called.
And in New York, I asked myself one question:

Would he be able to let me go when it was time? 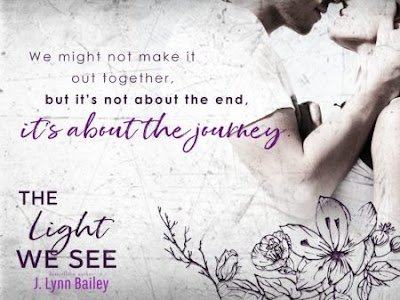 Read my five-plus-starred review of The Light We See.

Add The Light We See on Goodreads. 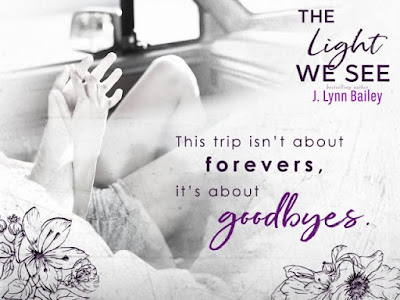 An Excerpt from The Light We See
“One of these days, Catherine, I hope you’ll be able to see yourself the way I see you.” Luke takes the bill, staring at me as he pulls out his wallet and throws a credit card down.

I don’t ask how he sees me because I’m afraid of the truth. Afraid I’ll disagree. Afraid that his opinion of me will mean too much. Afraid of myself.

I hold my breath, slowly shake my head.

I stop fidgeting with the napkin. Meet his gaze.

“That’s who you are, Catherine Clemens, not some drug- addicted Hollywood daughter with four rehabs and a rap sheet behind her. It seems to me that you’ve always accepted the responsibility for your shit and everyone else’s shit.” 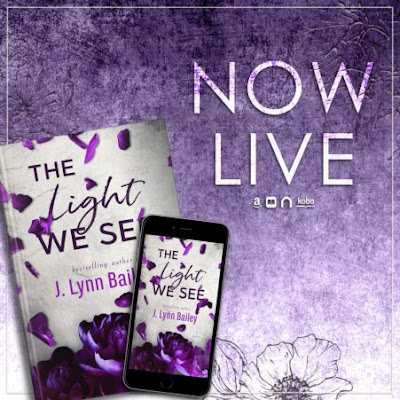 J. Lynn is a bestselling author who hates to talk about herself. Loathes it.

More importantly, she’s the mother of two beautiful children and a wife to her high school sweetheart. She’s also a mother of two extremely needy cats, Leo and Vinni, and an Australian Shepherd named Grizz.

She lives with her family in a small town tucked away in the redwood forest, located on California’s northern coast.