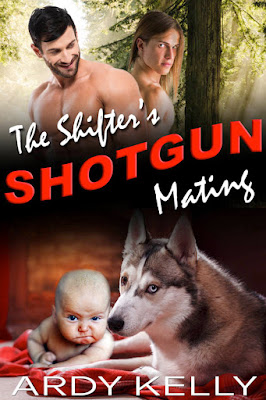 About The Shifter's Shotgun Mating
A bad bargain.
A botched bounty.
A binding bite.

Adam knew bounty hunting in another pack’s territory had risks, but being at the end of a shotgun for a forced mating was not one he expected. At least it wasn’t permanent. Once he paid the promised cut of the bounty the leader of Pine Hollow would dissolve the mating. Adam just needed to keep his hands (and his teeth) away from the enticing omega.

Ricky knew nothing about the outside world, but he knew his days at Pine Hollow were numbered. The barren, widowed omega’s best chance for survival was to find a mate at Lone Wolves Ranch. Anyone would do. Anyone but the ornery wolf who bit him. Adam said he didn’t want a mate, so why was he acting like a knot-blocker?

The Shifter’s Shotgun Mating is the second book in the Lone Wolves Ranch series. It can be read as a stand-alone though secondary characters’ lives continue from The Cub Club. 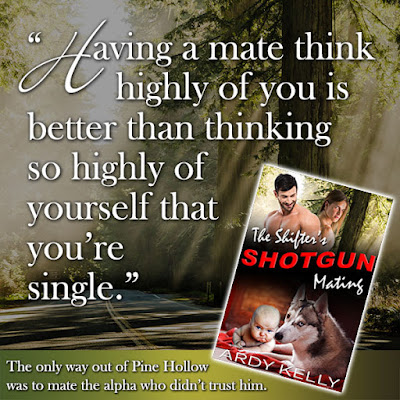 Read my 4.5-starred review of The Shifter's Shotgun Mating. 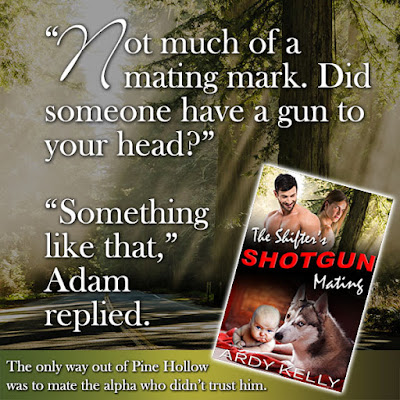 About the Lone Wolves Ranch series
Lone Wolves Ranch, in the California Sierras, is a gated community like no other. Home to shifters of every type, it’s the ideal place to raise a family of four-legs.  And with an abundance of single, smoking-hot alphas it’s also the perfect place for male omegas to find love.

Low angst, slow burn, and with a collection of characters you won’t forget, Lone Wolves Ranch is the perfect M/M Mpreg hideaway to burrow into.

We’ll leave the gate open for you.

Learn more about the Lone Wolves Ranch series on Goodreads. 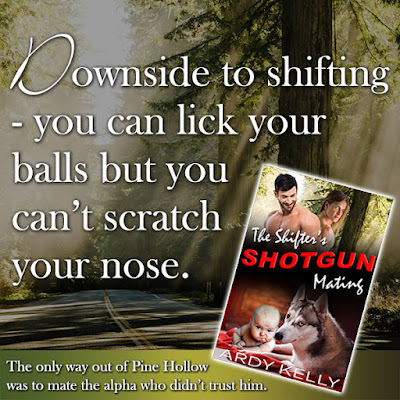 I began writing in 2015 as a lark, creating the Best Laid series. That led to my discovery of the Omegaverse. A new universe requires a new name, and Ardy Kelly was born!