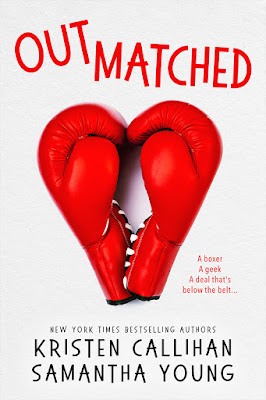 About Outmatched
What happens when a boxer finds chemistry with a geek?

Parker Brown can’t believe she needs to hire a fake boyfriend. When she landed her dream job in renewable energy, she thought she’d be entering a world at the forefront of progressive thinking. But the head boss prefers to promote employees who are “settled.” Thankfully, she’s found the perfect candidate, a fellow intellectual looking for some quick cash. What Parker gets is his protective big brother—Rhys Morgan. The tall, muscled ex-boxer with a foul mouth shows up just as her boss does, and now she’s stuck with the manipulative jerk.

Responsibility weighs heavily on Rhys. Now permanently out of the ring, he’s trying to hold together his late father’s gym and keep his younger brother, Dean, on the straight and narrow. To save Dean from himself, Rhys takes his place, ready to give this society girl a piece of his mind. Instead, he finds an opportunity. Even though they can hardly stand each other, posing as Parker’s boyfriend is a win-win deal. She gets to keep her job, and he’ll charm her star-struck boss into sponsoring his gym.

Problem is, they can barely keep their hands off each other. And what started as an easy deal isn’t so easy anymore. Because what future can a rough ex-boxer, afraid to open his heart, and a polished society geek, who has sworn off real relationships, possibly have?

They say opposites attract. These opposites are about to combust on impact. 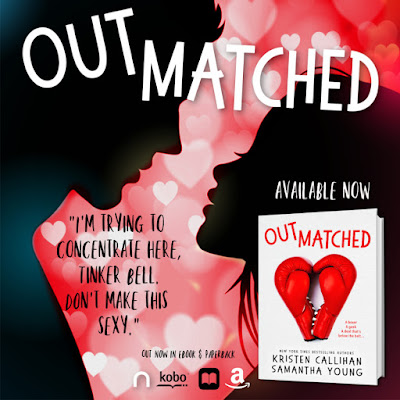 Read my five-plus-starred review on Outmatched. 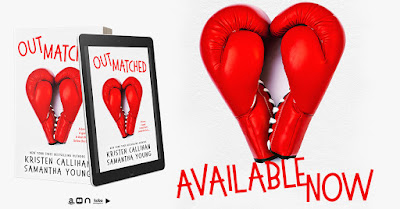 About Kristen Callihan & Samantha Young
Kristen Callihan is an author because there is nothing else she'd rather be. She is a New York Times, Wall Street Journal, and USA Today bestseller. Her novels have garnered starred reviews from Publishers Weekly and the Library Journal, as well as being awarded top picks by many reviewers. Her debut book, Firelight, received RT Magazine's Seal of Excellence and was named a Best Book of the Year by Library Journal, Best Book of Spring 2012 by Publishers Weekly, and was named the Best Romance Book of 2012 by ALA RUSA. When she’s not writing, she is reading.

Samantha Young is a New York Times, USA Today and Wall Street Journal bestselling author from Scotland. She’s been nominated for the Goodreads Choice Award for Best Author and Best Romance for her international bestseller On Dublin Street, which is Samantha’s debut adult contemporary romance series and has sold in thirty countries.