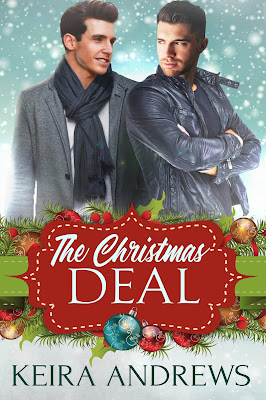 About The Christmas Deal
Will fake boyfriends become the real deal this holiday?

It’s the most wonderful time of the year—except ex-Marine Logan is jobless and getting evicted. Worse, he’s a new single dad with a stepson who hates him. A kid needs stability—not to mention presents under the tree—and Logan’s desperate.

Then he meets lonely Seth and makes a deal.

Can Logan temporarily pretend to be live-in boyfriends to increase Seth’s chances at a promotion? If it provides a roof over their heads for the holidays, hell yeah. Logan considers himself straight—he doesn’t count occasional hookups with guys—but he can fake it. Besides, with his shy little smile, Seth is surprisingly sexy.

Shocked that Seth has only been with one man, Logan can’t resist sweetening their deal to teach him the joys of casual sex. No strings attached. No feelings. No kissing.

No falling for each other.

The Christmas Deal is a steamy holiday gay romance from Keira Andrews featuring fake boyfriends, bisexual awakening, a clueless single dad with an angry preteen, and of course a happy ending.

Add The Christmas Deal on Goodreads. 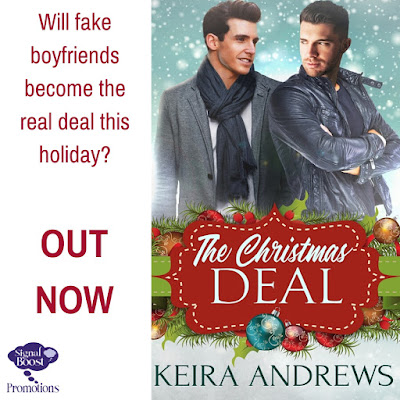 About Keira Andrews
After writing for years yet never really finding the right inspiration, Keira Andrews discovered her voice in gay romance, which has become a passion. She writes contemporary, historical, fantasy, and paranormal fiction and — although she loves delicious angst along the way — Keira firmly believes in happy endings. For as Oscar Wilde once said: “The good ended happily, and the bad unhappily. That is what fiction means.”