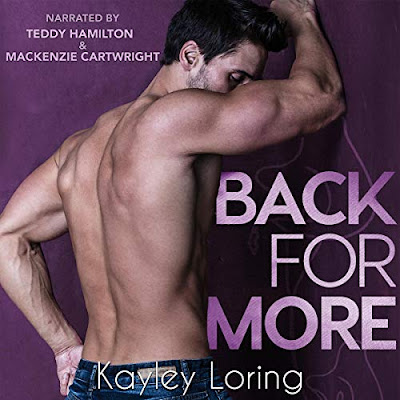 We were never quite friends, not exactly enemies, and we could never quite stop secretly kissing each other.

She never said goodbye before running off to try to make it as an actress. That was her dream, and I wanted her to chase it. Okay, maybe I hated her for it, just a little.

Now she’s back, with no money and even more sass.

A lot has changed around here … except for my hidden feelings about Lily Barnes.

Lily
So, it turns out I’m a terrible actress and now I’m back!

When my father offers me a job at his company, I actually think he’s finally decided I’m worthy of one day taking over the family business. Imagine my surprise when I find out that the gardener’s son is the one who’s being groomed to take over, and I’ve been assigned to work for him.

Wes Carver has always been rich in confidence and abs, but now he’s rich in everything, including disdain for yours truly.

If he thinks I’m not built to work, he’s wrong.

If he thinks he can boss me around just because he’s my boss, he’s delusional.

If he thinks I’m still the girl who could never love him … I may be a better actress than anyone thought.

Read my five-starred review of Back for More.

Add Back for More on Goodreads.

Listen to an audio clip from Back for More: 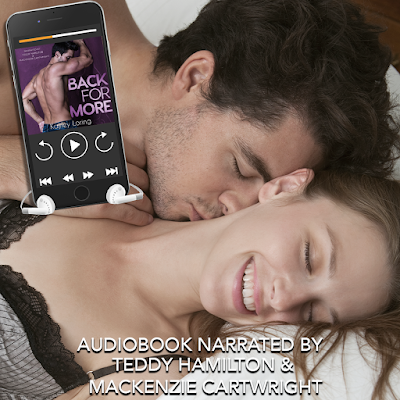 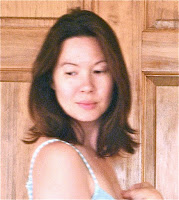 Before writing steamy romantic comedy novels, Kayley Loring got a BFA in creative writing from a Canadian university and had a fifteen-year career as a screenwriter in Los Angeles (under a different name). She mostly wrote PG-13 family comedies that studios would pay her lots of money for and then never make into movies. In 2017, she decided to move to the Pacific Northwest and write about all the fun stuff that she wasn't allowed to write about in those PG-13 scripts. Now she’s breathing cleaner air and writing dirtier words. It’s an adjustment she’s happily getting used to.

About Teddy Hamilton & Mackenzie Cartwright
A soldier, an athlete, a comedian, and a softer kind of soul, Teddy Hamilton is the guy to fill any need. Known best for his work in the Him series by Sarina Bowen and Elle Kennedy, and the Mister series by JA Huss, Teddy has lent his voice to over eighty titles, some sweet and some salty, always with a lot of passion and heart.

Mackenzie Cartwright was born in New York City to two artist parents and traveled the world at a young age. While in Italy, she discovered the joys of pasta and wine and has been a lifelong practitioner of the art of cooking. Mackenzie lives with her husband and their Siberian husky in New York City. 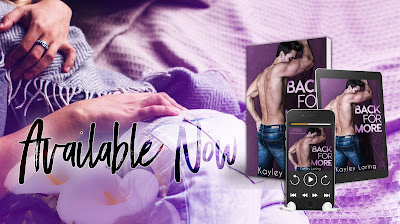