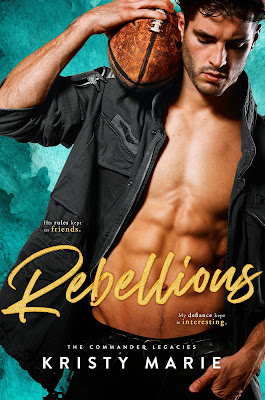 Rebellious
(The Commander Legacies #1)
by Kristy Marie
Release Date: April 30, 2021
About Rebellious
From best-selling author Kristy Marie comes Rebellious, the highly anticipated love story of star-crossed lovers, Aspen and Bennett—characters from the international best-selling novel, IOU.
No kissing.
No cuddling.
No blah, blah, blah.
He wrote the rules onto our skin—every ink stroke tragically smeared by the lines we'd crossed.
He claimed it was the only way we could be together—the only way we wouldn't destroy our families.
But there was an exception to his rules—one he never saw coming.
All I needed was opportunity and a sunburn.
The girl who played by his rules is gone.
This girl... is not his "friend." 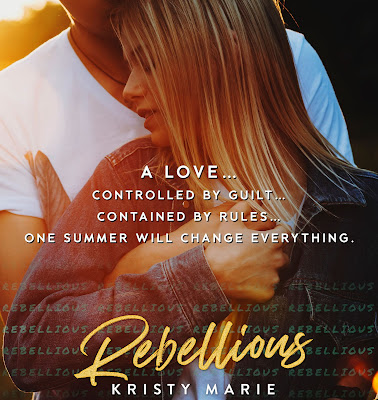 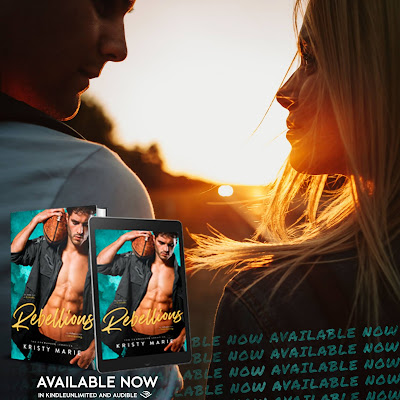 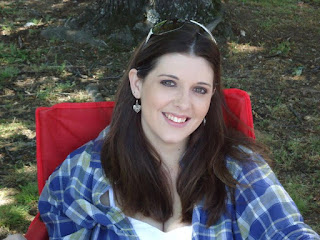 A self-proclaimed reader enthusiast, Kristy Marie started her writing journey back in 2009, reading and writing when her daughter was napping. Establishing her place in Corporate America (because something had to pay the bills), writing became her dirty, late-night secret.

After eight long years, she released her debut novel, Commander in Briefs. It was a long road, but she can honestly say, the road less traveled had the most beautiful sights.