Release Blitz: From the Embers by Aly Martinez 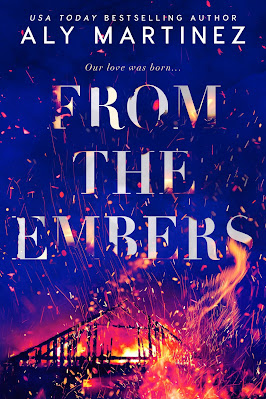 From the Embers
by Aly Martinez
Release Date: April 28, 2021
About From the Embers
In the aftermath of tragedy, it’s strange the things you remember.
The deafening boom as the house exploded.
The paralyzing fear as I searched for my wife.
The blinding smoke burning my eyes as I carried her out.
But carved into my soul for the rest of my days would be the earth-shattering realization that the woman in my arms wasn’t my wife.
Bree and I were the only survivors—not that either of us were truly living after that night. As a single dad with nowhere else to go, I moved into her guest house. And somehow, through the guilt and grief, we forged an unlikely team.
It took years, but I watched the gradual return of her smile—slow and life-altering.
The two of us could sit outside for hours, talking about nothing, and it filled the massive hole in my chest with new life.
I may have carried her out of that fire, but the truth was, Bree saved me.
As we healed, the secrets and lies of the past smoldered in the ashes, threatening to ignite again.
Our love was born from the embers, and together we would go up in flames. 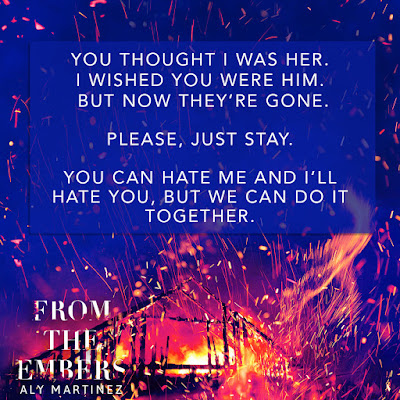 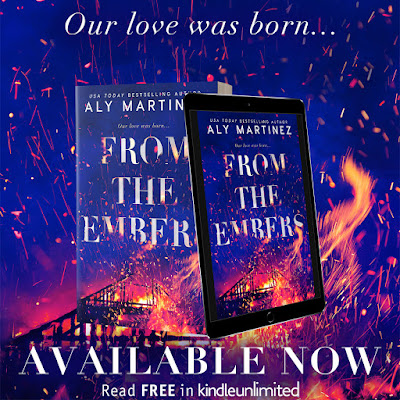 Originally from Savannah, Georgia, USA Today bestselling author Aly Martinez now lives in South Carolina with her husband and four young children.
Never one to take herself too seriously, she enjoys cheap wine, mystery leggings, and olives. It should be known, however, that she hates pizza and ice cream, almost as much as writing her bio in the third person.
She passes what little free time she has reading anything and everything she can get her hands on, preferably with a super-sized tumbler of wine by her side.
Connect with Aly
Website | Facebook | Facebook Group | Twitter | Instagram | Goodreads | BookBub | Newsletter