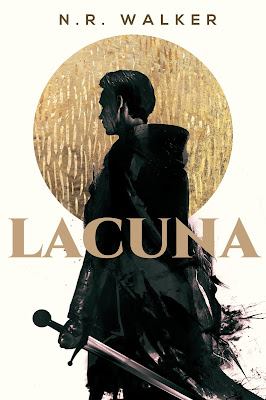 Lacuna
by N.R. Walker
Release Date: October 23, 2020
About Lacuna
A boychild swathed in green, a distinct tree-shaped birthmark on his wrist. A girlchild enveloped in red, marked with the three lines of the desert winds. A boy bundled in white, the koi mark on his wrist as defined as his shock of red hair. And a boychild wrapped in black, a raven his mark to serve his fate.
Twenty-five years ago, the hand of fate marked four newborns and sent them to the four corners of the Great Kingdoms. They were schooled and trained as rulers of their lands in preparation for the Golden Eclipse ceremony: a festival to celebrate a thousand years of peace and prosperity since the Great War.
Crow, ruler of Northlands, a skilled swordsman and expert tactician, is as reclusive and stoic as the mountains that surround him.
Tancho has spent his life in strict discipline, governing the Westlands with a fair mind and gentle hand. Quiet and unassuming, yet lethal in combat, he is the embodiment of the waters he lives by.
Yet the same hand of fate unknowingly linked Tancho to Crow in ways they cannot comprehend. Ruled by the stars, the Brother Sun and the two Sister Moons above them, and marked by an alchemical sorcery as old as time, their destinies were never their own.
As the eclipse draws near and the festival begins, word comes of another threat. Invaders from unknown lands bring a war no one was prepared for, and Crow and Tancho must decide on which side of the battle line they stand.
In life or death, their destinies will see them joined either way.

The Eclipse befalls on the Equinox in your twenty-fifth year.

Your attendance is formally requested at the Aequi Kentron one week before the Equinox, for the festival of the Golden Age.


We eagerly await your arrival.
Crow read it again, then handed it to Soko who read it, frowning. “What does this mean?”
Crow stared out the window at the snow-covered valley below, at how the blackened rocky crags tore raggedly through the serene whiteness looking like open claw marks in flesh.
“I ride for Aequi Kentron in two days,” Crow replied.
Soko’s eyes hardened. “You will not ride alone.”
Crow almost smiled at that. “I didn’t think I would.”
“And the eclipse?”
“A golden sun for a golden age,” he replied with a sigh, turning back to stare out the window. “My birthright is finally upon me.”
Soko’s voice was quiet, as though he dreaded to hear what he already knew. “What will you do?”
Crow took a long moment to answer. Was it fear or dread? Acceptance or resignation? “My choice in this was long ago removed,” he murmured, finally meeting Soko’s eyes. “I will attend their festival, and when all the fanfare and nonsense is done, I will return as if nothing has occurred.”
“It’s supposed to be a celebration,” Soko replied. “Yet it hangs over you like a dark cloud.”
Crow sighed. He would have quite happily been left alone for all his days, but this felt different. This felt ominous and he couldn’t explain why. “True metal does not fear the furnace,” he murmured.
It was a favoured Northlands saying, cited by the miners who dug ore from frozen mountains and by the blacksmiths who turned it into steel.
Yet Crow feared . . . something. He feared this festival and ceremony; he feared the change he felt would rise with the golden sun. He feared the unknown.
And he feared the greasy dread in his belly and the burn on his wrist that told him his life was about to change forever. 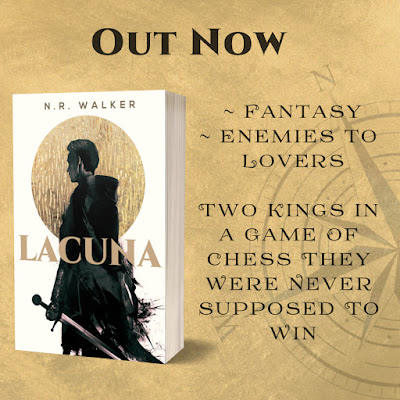 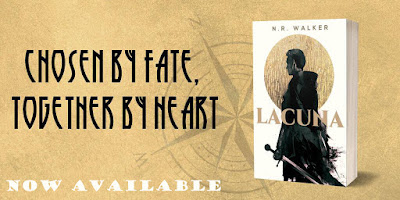