Cover Reveal: My Life as a Holiday Album by LJ Evans 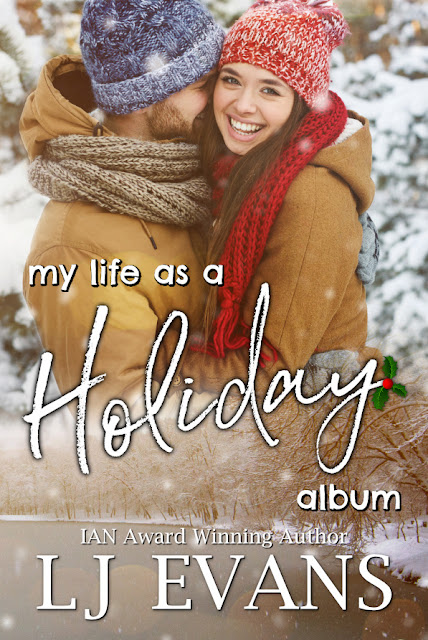 My Life as a Holiday Album
(My Life as an Album #5)
by LJ Evans
Release Date: December 7, 2020
Cover Design: Designed with Grace
Photography: DepositPhotos (pressmaster and nanka-photo)

About My Life as a Holiday Album
"She was the bow to my present, the universe of stars to my small round Earth."
This holiday, all the children from the original cast of the Album series come home with secrets sure to send their parents and their families into a frenzy. Will they be able to keep them hidden, or will they be exposed with a bang that isn't at all the New Year's Eve fireworks that are planned?
Edie is so pregnant she's about to burst, but she's come back to her small town in Tennessee minus her Scottish, whiskey distillery-owning husband. What she doesn't tell anyone is her marriage may be over before it's had a chance to really begin.
Khiley and Stephen have been soulmates since they could crawl. Unfortunately, the secret they're keeping may be the one thing to tear them apart forever.
Ty is tired of being compared to his dead, football god of an uncle. He wants to be recognized for his own talent and passion. The chip he's wearing on his shoulder may be the one thing to keep him from getting the woman he loves and his future in the pros.
Eliza is ready to step into a future with the one man who's loved her for who she is rather than her famous family. The secret she shares with her Air Force cadet boyfriend is sure to knock everyone for a loop.
Joining Watery Reflection has been an experience most musicians would give a right eye for, but to Mayson, it’s a threat to everything he holds dear, especially his relationship with 𝙂𝙧𝙖𝙘𝙚. Can he set things right before he loses her completely?
Ginny is the family member who keeps everyone else’s dreams on course. She's the shoulder to cry on and the conscience to guide the way. But when 𝘾𝙤𝙡𝙚 walks into the room, she sees something she wants for herself. Can she have him without sacrificing her family's happiness?

From award-winning author LJ Evans comes six holiday love stories tied together in a colorful ribbon as original as the My Life as an Album series itself. If you love any of the Album series books, you won't want to miss this soul-filling, wintery goodness inspired by Lady A's "All I Want for Christmas Is You". 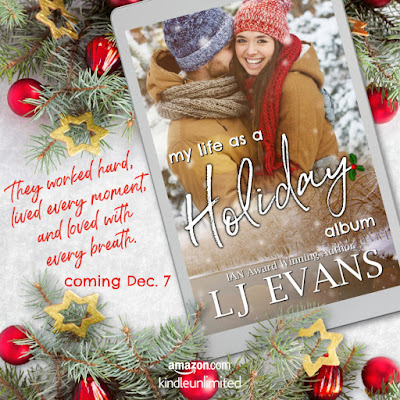 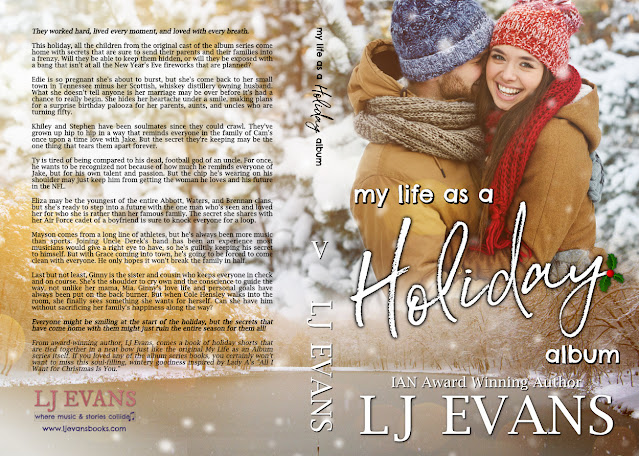 About LJ Evans
Award-winning author LJ Evans writes character-driven contemporary romance novels that are full of raw emotion and are inspired by music.

She lives in the Central Valley of California with her husband, daughter, and the three terrors called cats. She's been writing, almost as a compulsion, since she was a little girl and will often pull the car over to write when a song lyric strikes her. While she currently spends her days teaching 1st grade in a local public school, she spends her free time reading and writing, as well as binge-watching original shows like The Crown, Victoria, Veronica Mars and Stranger Things.

If you ask her the one thing she won't do, it's pretty much anything that involves dirt—sports, gardening, or otherwise. But she loves to write about all of those things, and her first published heroine was pretty much involved with dirt on a daily basis. Which is exactly why LJ loves fiction novels—the characters can be everything you're not and still make their way into your heart.
​
Her debut series, My Life as an Album, has won multiple awards.