Book Spotlight: A Tail for Two by Mara Wells 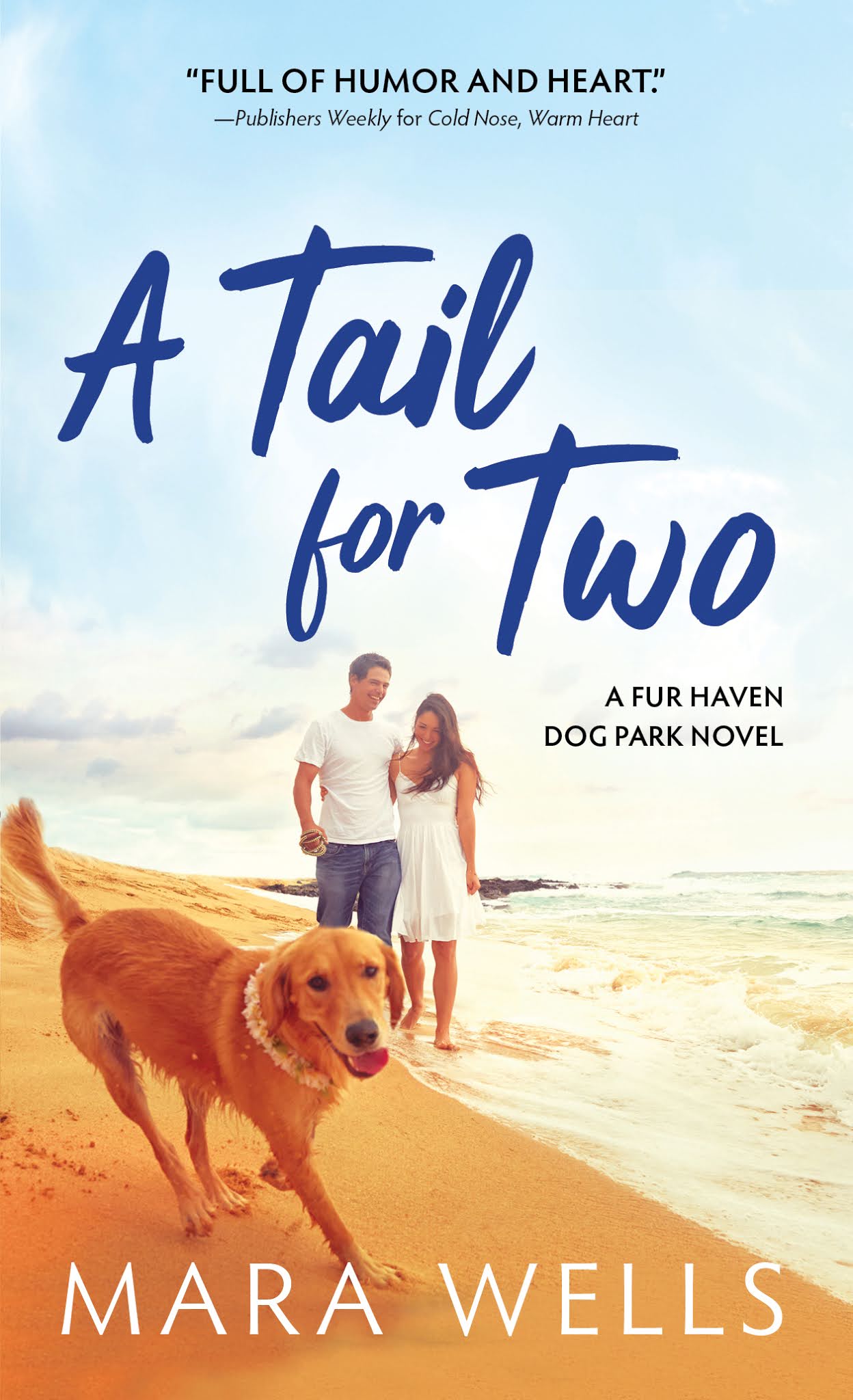 About A Tail for Two
All paws on deck!
Carrie Burns has a successful business, a young son, Oliver, and an energetic Jack Russell terrier. She doesn’t have time in her busy schedule for her ex-husband and his talk of working together again. But when she runs into Lance in the dog park, their lives are turned upside down.
Lance Donovan wants to promote his fledgling construction company by helping his brother Caleb with a big condo conversion. Lance even knows the perfect interior designer to make this project a success—his ex-wife, Carrie. But after a fateful meeting at the dog park, Lance finds himself not only petsitting both his brother’s dog and the beloved Jack Russell terrier he had to leave behind in the divorce, but babysitting a young son he never knew he had while his ex-wife tries to get back into dating. How did life get this crazy?

Add A Tail for Two on Goodreads.

An Excerpt from A Tail for Two
Carrie called the elevator, nerves stretched so tight she thought she could hear them twang as she walked. That had been close, too close, and now here she was owing Lance for saving the day, for charming Kristin into extra time, for getting her business back on track. She felt unsettled by the whole thing, from her panicked call to him to his casual acceptance of the job. The Lance she knew wouldn’t have been so calm, would’ve argued about Kristin’s timeline and threatened her with all the things that could go wrong if the job was rushed. When had he learned to schmooze a client like that? When had he traded his anger for charm? For all that she’d lived with the man for five years, she found herself staring at him like she’d never seen him before.
“Come by the Dorothy tomorrow.” Lance followed her into the elevator, unaware she was silently freaking out. “You could bring Oliver.”
That snapped her right back into the moment. “To an active construction site?”
“Right, bad idea. I heard it as soon as it left my mouth.” He smiled ruefully, a familiar expression that made him her Lance again.
“You take lunch breaks?”
He leaned broad shoulders against the back wall. “Yeah, most days.”
“You can have lunch with us.” She busied herself looking for something in her purse. Keys? Sure, it didn’t matter. She just couldn’t look at him. “If you want.”
Lance waited until she looked up, and his eyes locked with hers. “Oh, I want.”
Carrie stilled. Caught. Because she wanted, too. She watched him watch her, sure that want on his face was reflected on hers. He’d always read her so easily. It was one of the things she loved about being with him, how completely she felt seen. Understood. Only now she wished he wasn’t quite so perceptive.
He took a step toward her. She took a step back and another until she was pressed against the elevator doors. He followed, stopping when he was close enough that the heat of his body radiated through the thin T-shirt, warming her. Melting her resistance, one particle at a time. She grasped the strap of her bag tightly with both hands. She would not reach for him.
“You want me, too.” It wasn’t a question, but her head bobbed in agreement. His eyes flared at the movement, pupils darkening, widening. He leaned toward her. She wobbled on her heels, knees suddenly too weak to support her. Lance shot out a hand and steadied her, using his grip to pull her closer.
He lowered his head. He was going to kiss her. She knew it, knew she should do something to stop it. Nothing good could come of kissing Lance. But he’d come and helped when she called, hadn’t stayed angry at her about Oliver. And he smelled so good, a citrusy soap and that something in the air that was simply Lance. Her Lance.
“Yes,” she said even though he hadn’t asked a question, and his lips crashed down on hers.
It was fierce, their first kiss since Oliver was conceived, like the years apart had left them both starving. She was starving. She let go of her bag’s strap and fisted handfuls of T-shirt, hauling him closer until her breasts pressed into his chest. She moaned at the pressure. He changed the angle of their kiss, going deeper, harder. She couldn’t breathe and didn’t care. He was all the air she needed. God, she’d missed him. Missed this, the very us of them together.
The door dinged and opened, bringing fresh air against her back. She gasped and pulled away, stepping backward and over the threshold, wiping her palms down the front of her chocolate skirt. What a mistake. What a colossal mistake. She should say that out loud, tell him to forget it happened. She opened her mouth, but one look from his smoldering eyes silenced her. Instead, she turned and fled. She was pretty sure he’d get the message. Lance Donovan was not something she could have, and her raging hormones would simply have to calm down and get over it.
He followed her to her Blazer and leaned in the window once she’d pulled on her seat belt. “See you tomorrow?”
Oh God, tomorrow. She swallowed. “Yeah.”
He tapped the top of her car. “Sleep well.”
“I always do,” she lied. Then she lied to herself all the way home about how letting Lance back into her life was only for Oliver’s sake. And Beckham, of course. Yeah, it was all for them. She would put the kiss out of her mind. Old habits and all that. She was sure it meant as little to Lance as it had to her. If she never mentioned the kiss again, she doubted he’d even bring it up. It was better this way, really. She repeated that in her head until it started to sound true.
Excerpted from A Tail for Two by Mara Wells.
© 2020 by Mara Wells.
Used with permission of the publisher, Sourcebooks Casablanca, an imprint of Sourcebooks, Inc.
All rights reserved.

About Mara Wells
Mara Wells loves stories, but especially stories with kissing. She works in academe and lives with her family and two rescue dogs—a poodle-mix named Houdini Beauregarde and Sheba Reba Rita Peanut, a chihuahua-mix in Hollywood, Florida.