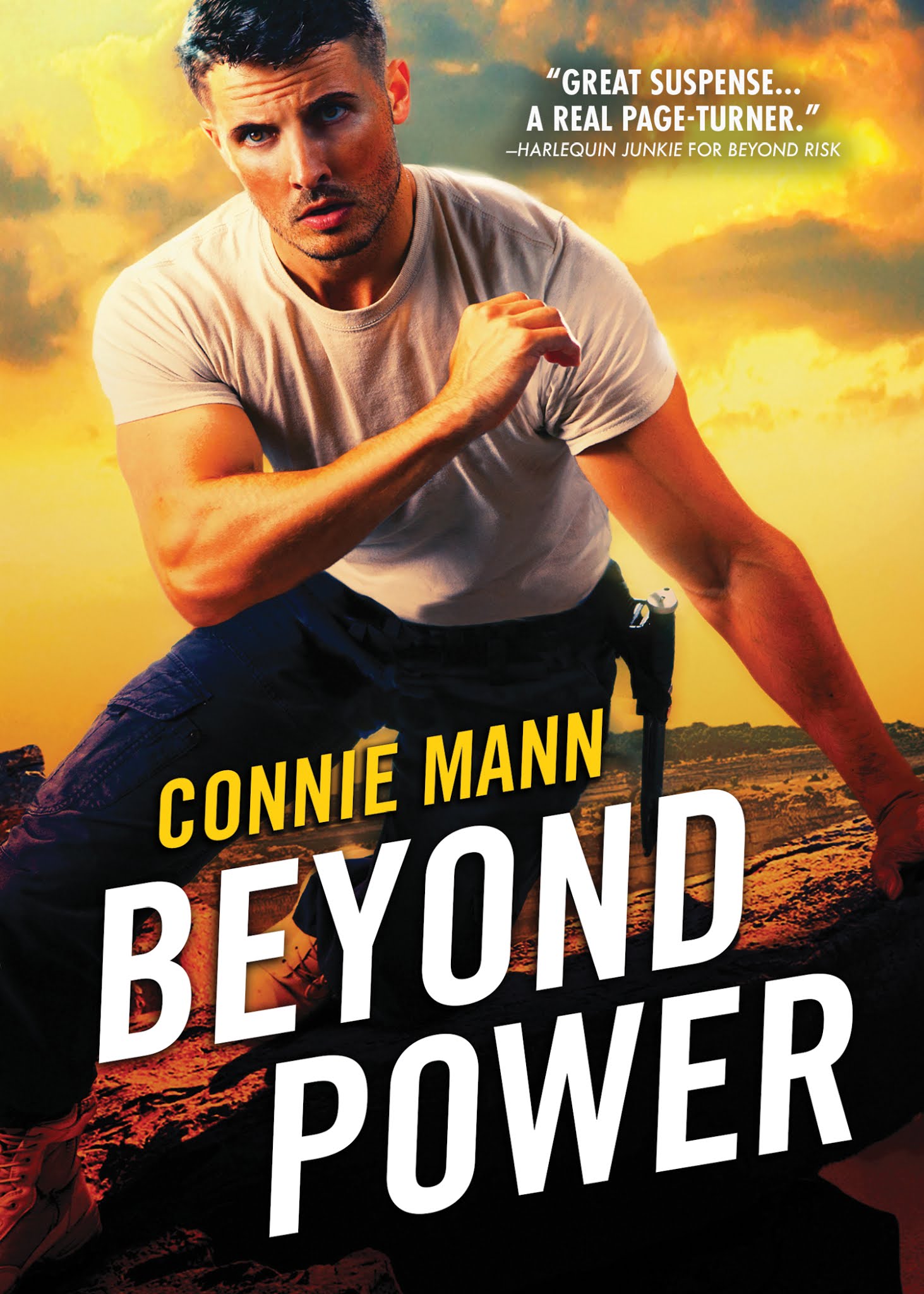 About Beyond Power
If you dare venture beyond Disney’s magic and Miami’s high-rises, you’ll find yourself in Florida’s untamed wilderness…
When your heart’s involved…
A bush pilot and officer for the Florida Fish and Wildlife Conservation Commission, Josh Tanner is one of the tough cops needed to manage the rugged areas of Florida. And the minute he finds Delilah Atwood deep in the woods without a good explanation, he knows something is very wrong…
All the stakes are raised…
Delilah barely escaped her ultra-fundamental militia family years ago. Now she’s back to save her sixteen-year-old sister, and no government man is going to stop her. Josh isn’t going to stand by and watch Delilah risk her life, but unless he can get her to trust him, she may end up being the militia’s next victim.

Add Beyond Power on Goodreads.

An Excerpt from Beyond Power
I think I’m nearby. Shine a flashlight, call my name, I’ll find you.
Josh’s text sent a surge of relief through Delilah, and she sagged against the tree, eyes closed. “Oh thank God.” Seconds later, panic hit. Worried he would give up and leave before he found her, she scrambled to her feet, wincing as she accidentally put weight on her left foot. One hand braced against the tree trunk, she shouted his name, waving her flashlight over her head like a shipwreck survivor who’d finally spotted a Coast Guard vessel.
When he raced into the clearing, Delilah launched herself into his arms. He stumbled back a few steps before he caught his balance, wrapping her tightly in his arms, murmuring, “I’ve got you. I’ve got you.”
She pulled back to see his face, and suddenly, her lips met his—or his met hers, she couldn’t tell which—and they were kissing with the kind of desperation reserved for real shipwreck survivors. The kiss went on and on, sensations rushing over her faster than she could sort them out. She wrapped her arms around his neck and pulled him closer still, nuzzling his neck, sighing as he murmured in her hair and placed soft kisses along her jaw. His grip shifted, and she realized her legs were wrapped around his waist after she’d climbed him like a tree. His hands cupped her bottom, and when she crossed her ankles to get closer still, she winced in pain.
The moment shattered, and he slowly pulled back. She blinked, dazed and not at all sure she wanted the kiss to end. His eyes said he felt the same, but even so, reason had reasserted itself. He brushed her lips once more, then steadied her as she unwrapped her legs and lowered them to the ground. She winced again when her injured ankle touched down. His grip on her waist tightened. “Easy. Go slow.”
With infinite care, he maneuvered her down against the tree, then crouched beside her. He ran his flashlight over her with crisp efficiency before he set it off to the side so it wouldn’t blind them. His touch was gentle as he tipped her head up so he could see her face. “Are you okay? Which ankle?”
She met his concerned gaze. “Left one. And I’m fine. Nothing much injured except my pride.” She couldn’t believe she’d launched herself at him. “Sorry I, ah, overreacted.”
One side of his mouth curved upward. “The forest can be unsettling at night.” Then his grin widened. “But feel free to overreact anytime you want.”
They grinned at each other like idiots for a minute before she remembered she had to keep her distance. But dang, the man could kiss. He removed her boot, and the sharp pain jerked her back to the present. He ran his big hands from her calf all the way to her toes, then carefully rotated her ankle, and she bit her lip to keep from crying out. When he was done, he gently slid her foot back into the boot, tucking the laces inside rather than tying them, since it was already starting to swell.
“The good news is I don’t think it’s broken.” He sent her the lopsided smile that turned her insides to mush. “The bad news is that I don’t think you’re going to be able to walk on it.”
“How far away is your truck?” she asked.
“Not too far if you have two good legs.” He stood and held out his hands to help her to her feet. The moment she was upright, he pulled her into his arms and wrapped her securely against his hard chest again. “I’m so glad you weren’t hurt worse.”
He kissed her again, gently this time, and Delilah slid into the kiss like a warm bath. She absorbed the strength of his arms around her and the beat of his heart thundering against her chest, feeling cherished and protected in a way she never had before. Slowly, reluctantly, she pulled back, and their eyes met and held, awareness buzzing between them like an electrical current. The heat in his eyes sent a low hum through her body. It buzzed through her a split second before he slapped at a mosquito on her cheek. She yelped in surprise, and he grinned. “Sorry. Bloodthirsty little buggers. Let’s get out of here.”
Keeping one of her hands in his, he turned his back and crouched. “Climb on. I’ll carry you back to my truck.”
Delilah was shaking her head no before he finished speaking. “You can’t carry me. I’m way too heavy.”
He raised an eyebrow. “Are you doubting my manly strength?”
The absurdity surprised a laugh out of her. “I would never doubt your manly strength, Officer Tanner.”
“Then climb on, and let’s get out of here already.” He crouched lower. “And stop calling me Officer Tanner.”
Since she didn’t have much choice at this point, Delilah gingerly climbed on. He scooped her up, piggyback style, and set off into the forest. He spun her around a few times as he walked, singing an off-key version of the seven dwarves song. “Heigh-ho, heigh-ho, it’s through the woods we go,” then he whistled the rest, making up words here and there.
Delilah laughed and attempted, badly, to sing along, appreciating his attempt to distract her from her throbbing ankle. She took her cue from him and decided to enjoy the ride, the feel of her arms wrapped around his neck, his rock-hard arms supporting her as he strolled through the forest as though she weighed nothing. She was used to thinking her way through life, but with Josh, she was learning to simply enjoy the moment.
Excerpted from Beyond Power by Connie Mann.
© 2020 by Connie Mann.
Used with permission of the publisher, Sourcebooks Casablanca, an imprint of Sourcebooks, Inc.
All rights reserved. 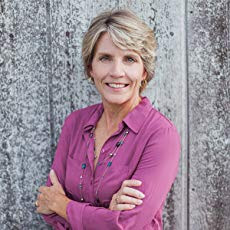 Connie Mann is a licensed boat captain and the author of the Florida-set Safe Harbor romantic suspense series, as well as Angel Falls, Trapped! and various works of shorter fiction. She has lived in seven different states but this weather wimp has happily called warm, sunny Florida home for more than twenty years.

When she’s not dreaming up plotlines, you’ll find “Captain Connie” on Central Florida’s waterways, introducing boats full of schoolchildren to their first alligator. She is also passionate about helping women and children in developing countries break the poverty cycle and build a better future for themselves and their families. In addition to boating, she and her husband enjoy spending time with their grown children and extended family and planning their next travel adventures.