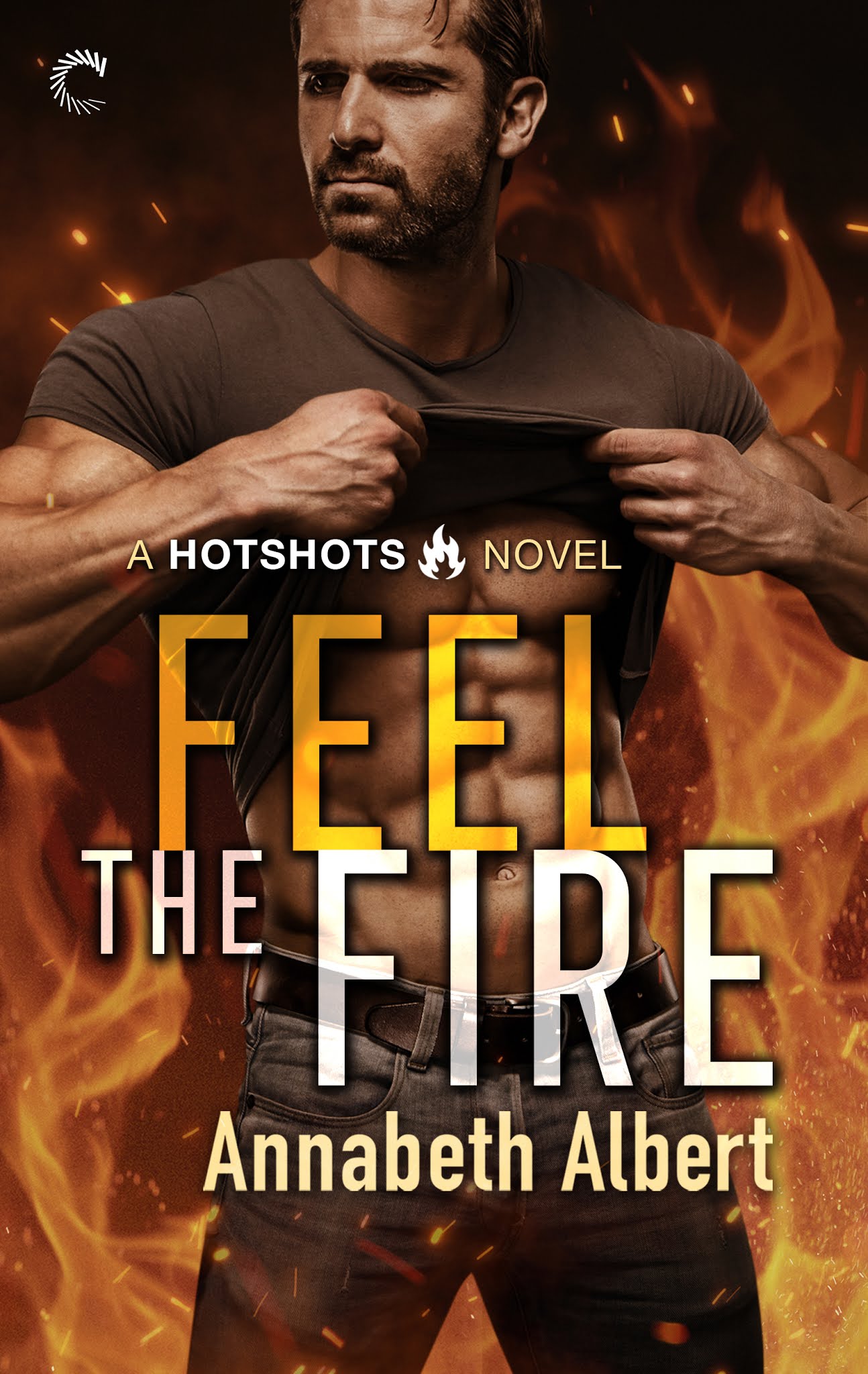 About Feel the Fire
The third installment of Annabeth Albert’s Hotshots series—the emotions and intensity of Chicago Fire with the raw, natural elements of Man vs. Wild.

When their career paths bring two high school sweethearts together again, the forest isn’t the only thing ablaze…
Fire behavior specialist Luis Riviera goes where his job takes him. But when he’s assigned to an arson investigation in Central Oregon—the place he left his broken heart twenty years ago—he’s afraid of being burned all over again.
Tucker Ryland had planned to join his first love, Luis, in LA after high school graduation, but life got in the way. Now a fire management expert and a divorced father of teen twins, Tucker’s thrown for a loop when he finds himself working side by side with his Luis, now all grown up and more intriguing than ever.
Though consumed by a grueling fire season and family responsibilities, the two men discover their bond has never truly broken. Tentative kisses turn to passionate nights. But smoking sheets aside, old hurts and new truths stand in the way of this time being the start of forever.

Danger lurks everywhere for Central Oregon’s fire crews, but the biggest risk of all might be losing their hearts. Don’t miss the Hotshots series from Annabeth Albert: Burn Zone, High Heat, and Feel the Fire.

Read my four-starred review of Feel the Fire.

Add Feel the Fire on Goodreads. 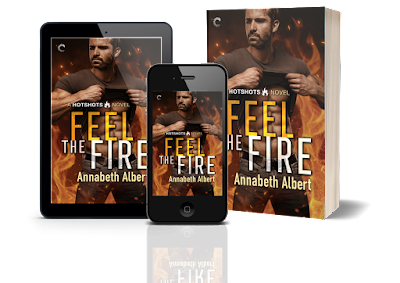 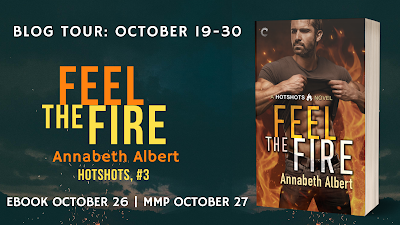