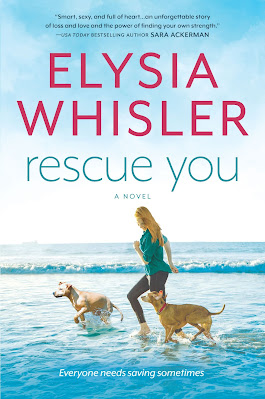 Rescue You
(Dogwood County #1)
by Elysia Whisler
Release Date: October 27, 2020
MIRA Books
About Rescue You
She needs a fresh start. He’s got scars that haven’t healed. With the help of some rescue dogs, they’ll discover that everyone deserves a chance at happiness.
After a year of heartbreak and loss, the only thing keeping Constance afloat is the dog rescue she works at with her sister, Sunny. Desperate for a change, Constance impulsively joins a new gym, even though it seems impossibly hard, and despite the gym’s prickly owner.
Rhett Santos keeps his gym as a refuge for his former-military brothers and to sweat out his own issues. He’s ready to let the funny redhead join, but unprepared for the way she wiggles past his hard-won defenses.
When their dog rescue is threatened, the sisters fight to protect it. And they need all the help they can get. As Rhett and Constance slowly open up to each other, they’ll find that no one is past rescuing; what they need is the right person—or dog—to save them.

Elysia Whisler was raised in Texas, Italy, Alaska, Mississippi, Nebraska, Hawai'i and Virginia, in true military fashion. Her nomadic life has made storytelling a compulsion from a young age. She doubles as a mother, a massage therapist and a CrossFit trainer and is dedicated to portraying strong women, both in life and in her works. She lives in Virginia with her family, including her large brood of cat and dog rescues, who vastly outnumber the humans.
Connect with Elysia
Website | Facebook | Twitter | Instagram | Goodreads