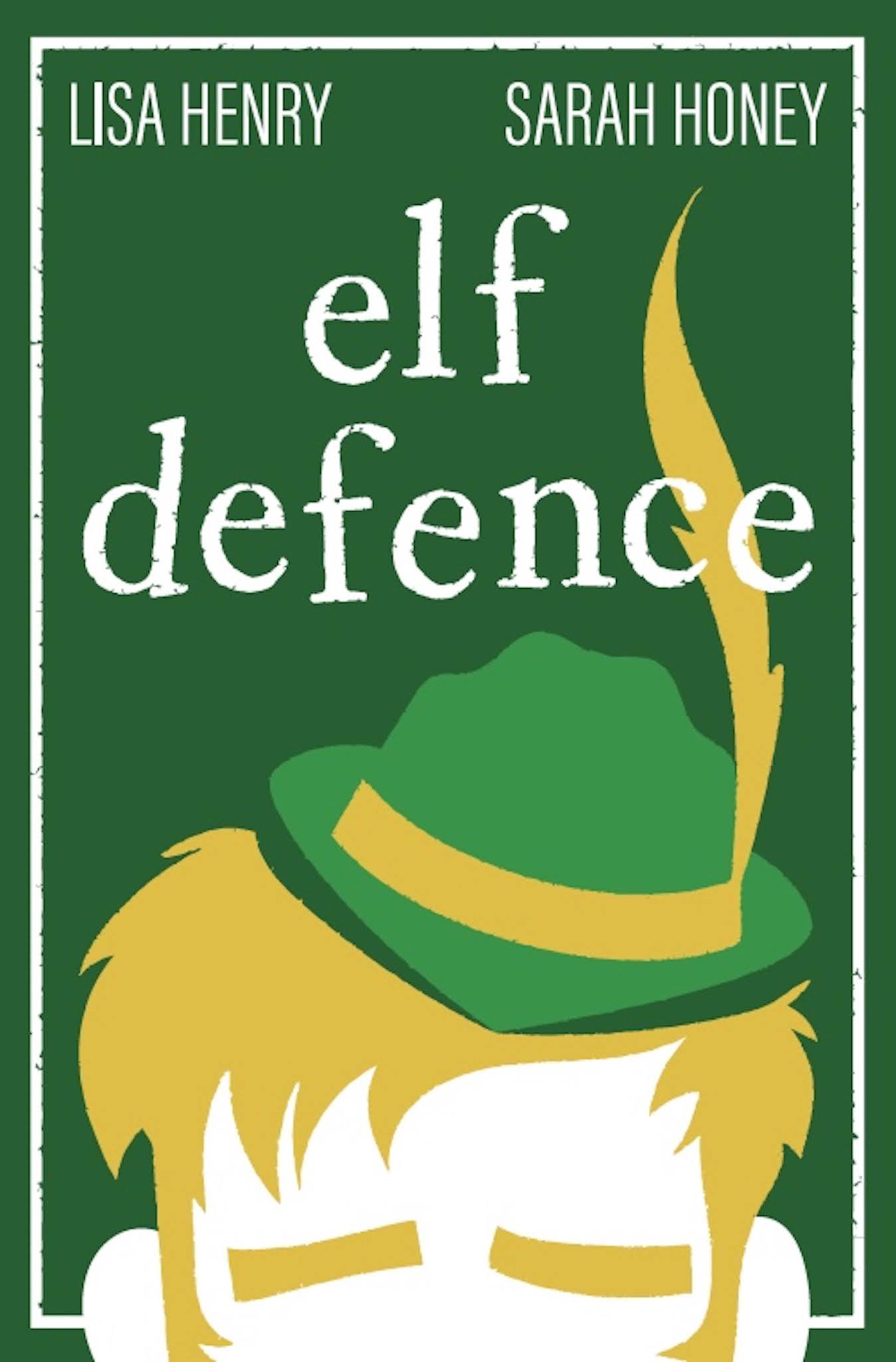 About Elf Defence
Royal envoys Calarian and Benji embark on a quest in the alpine duchy of Tournel. Things go rapidly downhill when the duke plummets to his death from the tower wall. Whoops—that's going to be hard to explain. And it’s not as though they can just grab the nearest human and make him the new duke.
Or can they?
Enter one Lars Melker, a slightly gullible cowherd built entirely of muscles and sunshine, who happily accepts their word when they tell him he’s the duke now.
Soon Calarian and Benji are knee deep in teaching Lars how to fake it until he makes it. They're also dealing with mountain trolls, a monster, a missing cow, and, most shocking of all, a growing realisation that their elves-with-benefits arrangement might be turning into something with feelings.
Add in their mutual attraction to Lars, and suddenly the hills are alive with the sound of emotionally compromised collectivist anarchist elves.
Also, what’s the deal with those leather shorts? 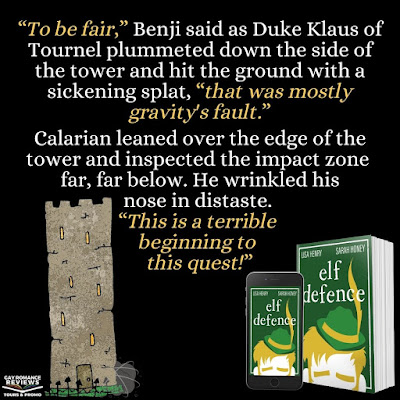 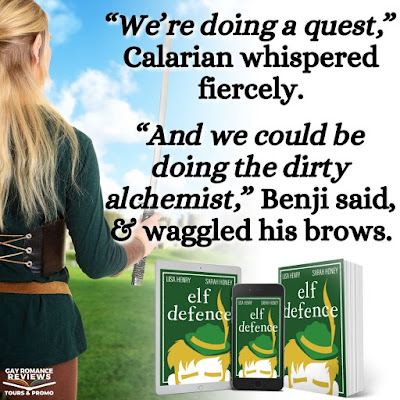 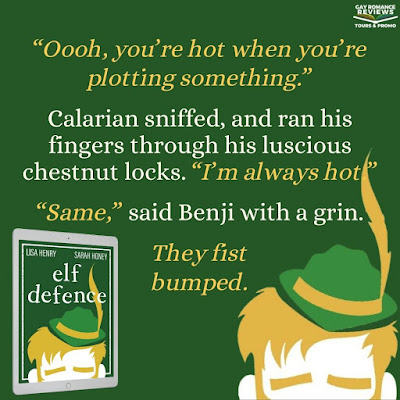 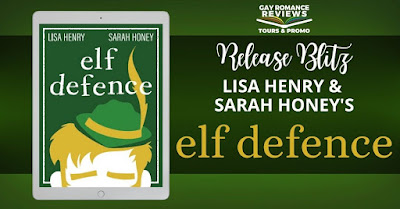