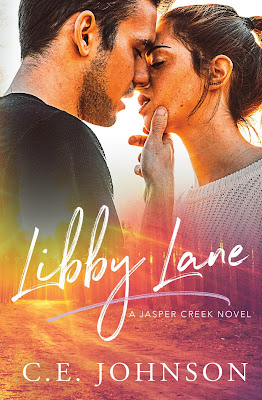 About Libby Lane
Jasper Creek is home. I’ve lived here my entire life. So I couldn’t have been more excited when we bought the fixer upper on Libby Lane. That was until “we” became “I”. After I cried out every ounce of my heartbreak with a hammer in my hand, I learned how to be happy alone. Now, all I need is a porch swing, the warm country breeze and a glass of sweet tea. But when I run into Wyatt, the new cop that just moved into town, my time in solitude begins to fade. I just hope trusting him won’t be one of the biggest mistakes I make.

This is not the type of place I would have pictured myself living. Jasper Creek is a far cry from the city streets I grew up on. But this town does have one advantage. Cora. Every minute I spend with her on that porch swing, breaks down a little piece of the wall I built inside of me. So when someone targets her and my instincts point to things getting dangerous, you may as well have taken a sledgehammer to that wall. Now my fear of leaving someone behind is replaced by an even greater fear. Losing her. 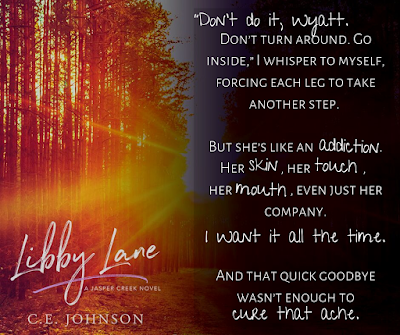 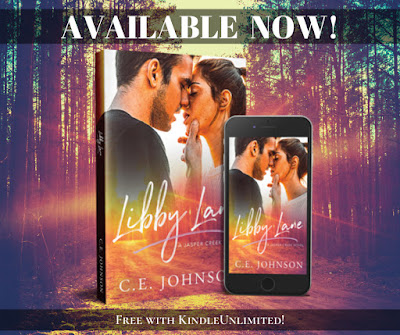 An Excerpt from Libby Lane
I’m not staying here. I’m not a damn dog he can order around. I’ve limped halfway down his driveway before I suddenly feel myself lifted off the ground again. He brings me back to the steps, sets me down, then puts a bag of frozen peas on my ankle.

“You need ice and to stay off of it. But from what I’ve seen, you don’t really listen to instructions well.”

“I don’t respond to commands. Especially not from strange men who just moved here and apparently don’t know the proper way to treat a lady.”

He takes a deep breath and blows it out forcefully while rubbing his face. “Well, we wouldn’t be strangers had you told me your name now, would we?”

Maybe I missed the exhaustion in his face when we were in the woods. Or maybe he’s just now letting it show. But the black circles under his eyes don’t lie. Shoulders that were strong and broad in the woods are now angled toward the ground, his muscles relaxed. We may have gotten off to a rough start, but the man did just carry me for about a half mile.

“My name is Cora,” I yell out of spite. He rolls his eyes but can’t hide the smirk. “Well, it’s CoraLynn, but nobody calls me that other than my mama and Mae.”

“Can I ask you somethin’, Wyatt?” He nods, tucking his thumbs into the top of his duty belt. “How come you’ve been here for a few weeks but nobody’s even met you yet?”

“Started on night shift and slept during the day. Today’s my second day working day shift. It sucks and I’m tired.”

I giggle. “That’s far from rumors that have been swirling around town.”

“There is.” Not wanting to elaborate further on that, I look to the west and see the sun has set. It’s getting dark. “Then again, from our experience today, I’d guess half of it is probably right.” Rising from the step, I stand and brush off the dirt that’s still stuck to my ass from falling.

He pushes off the front porch pillar that he was leaning against and digs in his pocket, coming out with his keys again.

An annoyed grin appears on his face, and he leans down close to me. “Are we really going to continue this game?”
He thinks I’m playing a game? Fine. “Okay then. Drive me home, Officer.” I smile sarcastically, and he looks intrigued but doesn’t question.

Wyatt’s arm wraps around my waist, and his fingers hold strong to my hip. God he smells good. He gives me more help than I probably need to walk around the car and into the passenger seat of his black Dodge Charger. I hold it together as I watch him jog back to the driver’s side. I stifle my giggle as the engine purrs to life. I don’t laugh as he backs out, puts it in drive, and presses on the gas.

“Right there.” My voice cracks as I try to hold in my laughter.

“My house is right there. The second driveway on the right.”

As he pulls into my driveway two houses down from his, I no longer hold it together. My laughter fills the car. “For a cop, you really suck at observation.” I open the passenger door as he reaches for his handle. “I promise you, I don’t need any more help today. But thank you.”

“Have you always been this stubborn?” he asks.

Memories of years ago flood into the forefront of my brain. Memories from back when I knew nothing of the turmoil life could bring. I can feel the smile disappear from my face, and I look to a flower that’s hanging upside down from his rearview mirror.

“No,” I say quietly. Movement from the driver’s seat snaps me out of my daze, and I flash him a quick half smile, then hop out of his car. 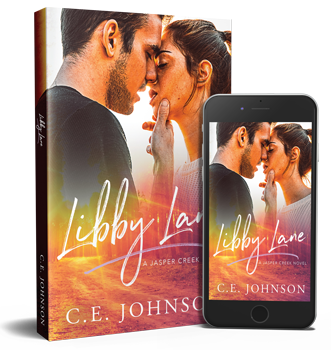 About C.E. Johnson
C.E. Johnson is an author of contemporary and suspense romance novels.

When not writing until all hours of the night (with lots of late night coffee runs), she loves to read books that feature a strong male with a soft spot for his feisty heroine. She prefers stories that rip your heart out completely, then kindly place it back into your chest with a HEA.

She lives in a suburb of Chicago with her husband, two kids, and some spoiled rotten animals.

Other novels by C.E. Johnson:
In the Dark series:
Done
Just One
Buried Hearts 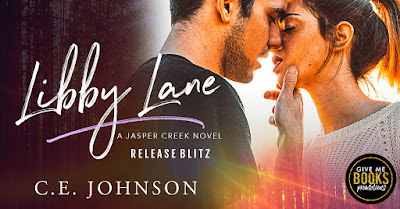