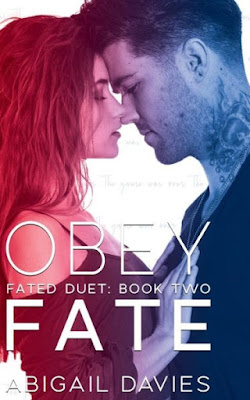 About Obey Fate
I’d made promises I had no right to keep.
I’d crossed lines I shouldn’t have.
And I didn’t care one bit.

Coming back to my hometown to teach wasn’t meant to be like this. Falling head over heels for the forbidden girl shouldn’t have been on the cards.

But fate had other ideas.

Aria was the one shining star in an otherwise dark night. She called to me like nothing else ever had, and I was hopeless to stop it.

Until we got caught.
The game was over; our secret destroyed. And there was only one thing I could do about it.

Lies came easy when I was shielding the people I loved most. Destroying myself in the process didn’t matter as long as she was safe.

But now the lines had been redrawn. Boundaries marked permanently. I’d always protect Aria—even if it was from herself.

Defying fate was simple, but I was never one to take the easy way out.

One look.
One touch.
One kiss.
That was all it would take to walk the rocky path of obeying fate.


Obey Fate is book two in the Fated duet. The epic conclusion to the two-part, heart-felt, emotional, gripping journey of forbidden love. 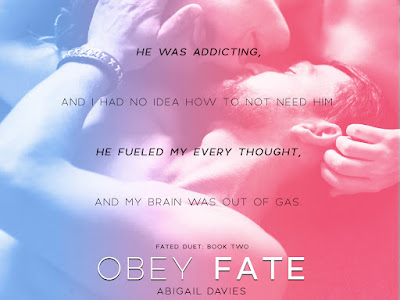 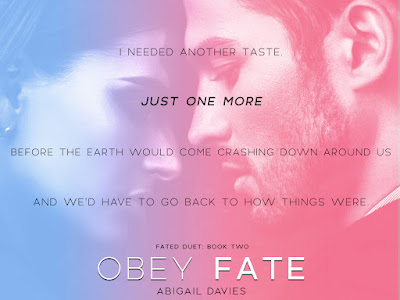