Book Spotlight: Consorts of the Red King by Eden Winters 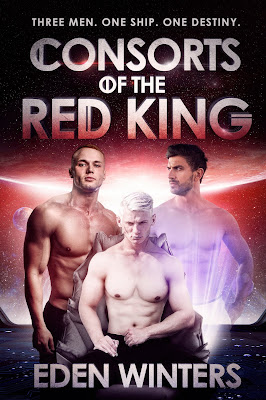 About Consorts of the Red King
In deepest space the ruthless Federation lays waste to one rebel colony after another, leaving comrades-in-arms Van Orskey and Tayn Kassik without family, without a home, and without hope.

With nothing left but each other, they run contraband and smuggle fugitives from the safety of their ship, the Cormorant—with the occasional clandestine mission for the rival Coalition thrown in. Their heists have not gone unnoticed, though even the bounty on their heads doesn’t prevent them from being a thorn in the enemy’s side at every opportunity.

Pissing them off? Big mistake.

From the day of his birth Prince Jorvik of Akiak learned duty, wisdom, and honor from his father, leaving him ill-equipped to withstand betrayal by his Federation-puppet uncle. He has no love for the greedy off-worlders who plunder his world’s natural resources and enslave his people. To defeat his foe, he needs the cunning, fearlessness, and touch of treachery only outlaws can offer.

Two off-world mercenaries make unlikely partners in Jorvik’s quest for vengeance, but the more he learns of them, the more common ground he discovers. In each other’s arms they find passion, heat, and maybe, a reason for living—until their common enemy threatens to tar them apart.

To survive, they must take on the corrupt Federation.
And win.

Read my four-starred review of Consorts of the Red King.

Add Consorts of the Red King on Goodreads. 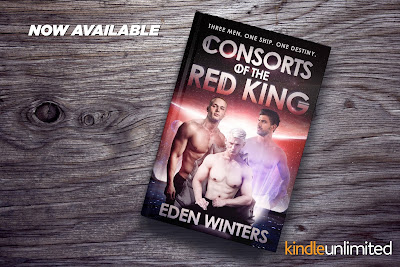 An Excerpt from Consorts of the Red King
How dare they assault the king’s son! Where were Father’s advisors? He demanded answers.

Jorvik’s anger crumbled when a familiar figure swept through the door. His heart seized.

His uncle? A moment of relief hit. Uncle would help him.

He stopped himself from stepping from the closet.

What was… The guards turned toward his uncle.

Why was Uncle smiling? He looked so… satisfied, patting a blood-spattered guard’s shoulder. What…

Dear Queen of the Stars. Cold fear captured him in an icy grasp.

Jorvik grabbed the wall to keep from falling, and bent double, struggling to breathe. Air. He needed air.

He must get to his father.

What could he use as a weapon? As quietly as possible, he rifled through his clothes, tossing away a belt. No, wouldn’t do. A pin? A boot? His eyes fell to the sex toy he’d dropped on the floor. One kick hid the object beneath a pile of silk.

He’d been taught to fight, more for exercise than self-defense, with a staff, knives, but mostly with his hands. While he’d bested his teacher a few times, he’d not fare well against so many well-trained guards.

Knives! The blade of his dagger glinted from the pile of clothing he’d left on the floor. A grinning man picked up the gleaming blade and slipped it into his waistband. What? No! His father gave him the dagger.

Why hadn’t he hidden more weapons in his room?

His blood boiled, instincts screaming, “Attack! Attack!” He nearly added his own scream, of frustration. No. To do so meant sure death.

He crept away from the door, though not far enough to escape the sight of Sika and Gris, mouths open and eyes staring in his direction.

Just a few moments ago they’d been alive, loving…

The dim greenish glow of the crystals gave his uncle an eerie, monstrous look as he crouched down by Gris’s body. “He’s just a whore, but a pretty one. Such a shame he chose the wrong bed to come to.”

One of the guards laughed.

Whore? How dare the traitor call sweet Gris an off-worlder insult! Jorvik’s hard swallow didn’t lessen the burning in this throat. These were his father’s own guards. What were they about? And what were they doing with his uncle?

Worst still, what was his uncle doing?

“Take them! Burn their bodies!” his uncle barked.

The men split up, one each at their victims’ heads and feet, lifting them from the floor, with two trailing behind.

Burning their bodies? No. They must be taken to the caves to join Akiak’s cycle of life, amidst chanting and prayers to the queen of the stars. To be burned…

“Come! Now!” his uncle ordered from the hallway.

With one last sweep of the room, the guard spun on his heel and followed the carnage, leaving the door ajar.

A trail of red followed the procession out the door.

Jorvik collapsed against the wall, head in his hands. His heart still pounded. Try as he might he couldn’t get his breathing under control. Nothing made sense. Surely, he slept and wine-induced dreams haunted him.

More cries sounded from the hallway.

He couldn’t cower here. Father! He had to find his father.

Countless lessons drove his actions. At the time he’d thought the caution ridiculous. Who would dare challenge the king?

Yet, his father insisted he train for battle, an ancient art practiced by rulers and guards.

Though he wanted to run to his father straightaway, he’d do as he’d been told and plan for the worse.

Jorvik closed his eyes, opening them again a moment later when visions of two dead men appeared on his eyelids.

Choking down his horror, he forced himself to stand and grabbed a travel case. His hands shook. He must pack quickly, but taking too much might slow him down. These were his things, by the mother. He’d every right to them.

The urge to forget all else and run straight to his father nearly overwhelmed him, but with a threat to the family, his father would send him into hiding. They’d been through the drill. Someone might plot to harm the heir, but who would dare move against the king?

His guards would keep him safe. Wouldn’t they?

Jorvik’s chest ached at the thought of the two dead men. He couldn’t help them now, but he could help others.

If he lived. Living meant taking only what he truly needed. 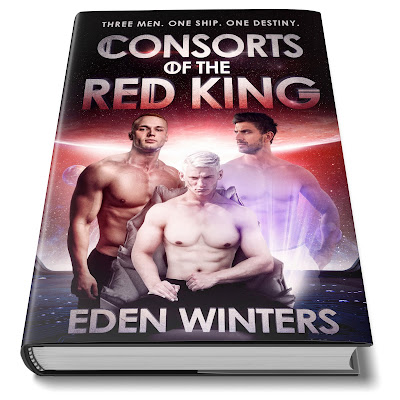 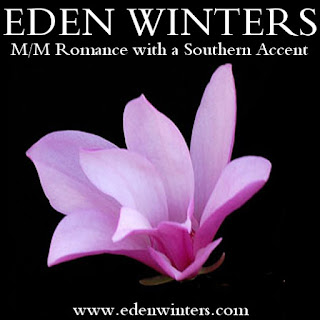 You will know Eden Winters by her distinctive white plumage and exuberant cry of “Hey, y’all!” in a Southern US drawl so thick it renders even the simplest of words unrecognizable. Watch out, she hugs!

Driven by insatiable curiosity, she possibly holds the world’s record for curriculum changes to the point that she’s never quite earned a degree but is a force to be reckoned with at Trivial Pursuit. She’s trudged down hallways with police detectives, learned to disarm knife-wielding bad guys, and witnessed the correct way to blow doors off buildings. Her e-mail contains various snippets of forensic wisdom, such as “What would a dead body left in a Mexican drug tunnel look like after six months?” In the process of her adventures she has written twenty gay romance novels, has won several Rainbow Awards, was a Lambda Awards Finalist, and lives in terror of authorities showing up at her door to question her Internet searches.

When not putting characters in dangerous situations she’s a mild-mannered business executive, mother, grandmother, vegetarian, and PFLAG activist. Her natural habitats are airports, coffee shops, and the backs of motorcycles. 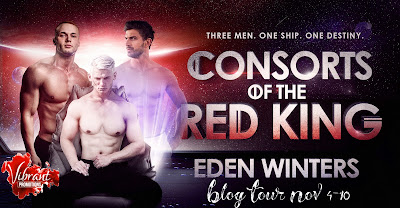