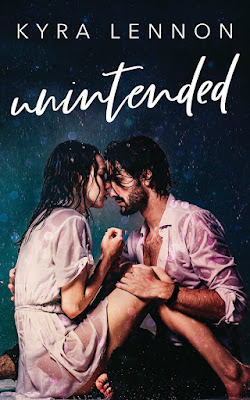 About Unintended
He’s too young. She’s too damaged. But since when has love played by the rules?

Evie
From the outside, it looks like I’ve got my life together. A place to live and a successful business sure can hide a lot, namely the scars that remain from everything I’ve lost.

The truth? I’m a shattered heart bundled up in a walking shell of anxiety.

Ash
Abuse comes in many forms, but who would believe me if I told them I was suffering at the hands of the woman I love? I know I need to get out, but I just don’t have the strength.

When two broken souls collide, can they help heal each other, or will their jagged edges only serve to make their wounds deeper? When all they’ve ever known is pain, will they finally find peace in a love so unintended? 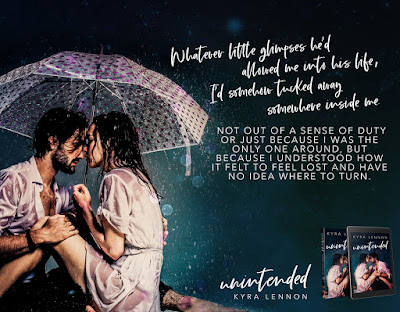 Read my five-starred review of Unintended. 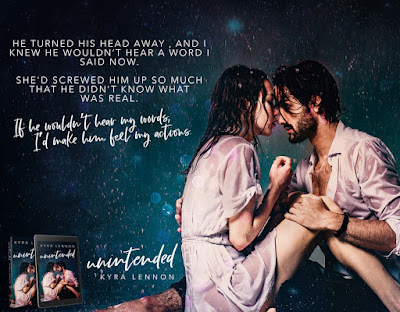 An Excerpt from Unintended
Evie
I lowered my head, trying to avoid getting my feet stomped on by the masses of rock fans jumping up and down to the pounding beats of the band playing inside the club. The bass vibrated through me to the point where I could feel it rattling my insides. My heart felt like it might explode from my chest at any second, and the intensity of the strobe lights added to my need to get outside. My palms were sweating.

I was too hot.

I couldn’t catch my breath.

Why the hell was the exit so far away?

I glanced up and a beam of strobe lighting hit me right in the eyes. I stumbled, blinking rapidly to try and clear my vision, but I still knocked into a couple of people. They didn’t notice because everyone was knocking into each other in time to the music. I was getting covered in other people’s perspiration, flinching with every drop that hit me, and I straightened up as best as I could and continued to fight my way to the door. With every step closer, my heart thudded harder with the anticipation, and as I finally crashed through the door, I gulped in air, spluttering as my lungs tried to keep up with my irregular breaths. I stumbled a few more steps forward, the cold air and the light rain on my skin a relief after the heat of the club. When I’d got my breathing settled, the rain started to fall harder, and I fumbled through my bag and pulled out my umbrella, popping it up and holding it over me to keep me dry. I slowly made my way towards the bridge across the River Exe on the Quay in Exeter. My entire body was still shaking as I took tentative steps, repeating over and over to myself, ‘It’s okay. You’re okay.’

Even in my anxious state, I could appreciate the beauty of where I stood. In the dark, all of the bars and clubs were illuminated with bright lights, the colours shimmering on the water that rippled with the increasing raindrops. I kept my focus on those ripples as I drew in long breaths, letting them out slowly until my body began to settle and the winter air bit at my bare arms.

I jumped, turning around to see a guy sitting on the bridge’s railing, facing me. In my rush to get my anxiety under control, I hadn’t seen him. There probably could have been a knife-wielding maniac standing there and I still wouldn’t have spotted him. That’s anxiety for you. In one way, it made me hyper aware of every potential danger, but at its height, I struggled to see or notice anything around me until I felt safe again.

Wondering why he hadn’t run for cover from the downpour—he was getting soaked—I said, “Yeah. I’m okay. Thanks.”

He jerked his head towards the club. “Did you just come from in there?”

“Yeah. That’ll teach me to try something new.”

The guy jumped down from the railing and straightened up. There was concern in his blue eyes but he still looked slightly wary. Not surprising, really. I’d shot out of a rock club and shattered his peace. “Something new?”

Shaking my head, I said, “It doesn’t matter.”

That wasn’t true. Not at all. It did matter. It mattered because of the promises I’d made to myself. My first real challenge and I’d already let myself down.

Christ, it really was cold and the rain was hammering now. November winds were unforgiving. I wrapped my free arm around myself, rubbing my hand up and down. I should have brought a jacket.

You should have stayed at home, Evie, you idiot.

The guy lowered his head, and I stepped closer to him, raising my umbrella and moving it over him to give him some cover. I figured I’d probably taken up enough of his time already, the least I could do was stop him catching a cold.

I must have looked ridiculous to him. I was a grown woman having a panic attack, and he was… I had no idea what he’d been doing out there. He must have been freezing too. He wore blue jeans and a black t-shirt with Youth Authority’s logo on the front, his clothes starting to cling to him from the rain. His accent was slightly northern. Manchester, maybe?

My eyes narrowed with curiosity. “You were in there too?”

He nodded but didn’t offer any further explanation. I was torn between asking questions and leaving him alone, but he looked a little lost. There was something in his eyes that I recognised.

Again, he nodded. A man of few words. After a few more beats of silence, I figured he just didn’t want to talk to a stranger, so I sighed and readjusted my handbag strap on my shoulder. As I turned to walk away, he said, “The support act was shit.”

I halted my steps. “I thought so too. But I also thought I could handle this kind of gig, so I don’t trust my own judgement anymore.” I heard him chuckle and I turned to face him again, once again raising my umbrella for him. “What? Do I not look like I belong in there?” I glanced down at my outfit and snorted out a laugh. I’d worn black jeans and a black t-shirt with a purple gothic angel on the front. Not my usual attire, but what the hell did I know about places like that? I may have been wearing the right clothing—kind of—but I was sure everything about me screamed that I wasn’t supposed to be there.

Even in the dark, I could see his cheeks flush and I bit my lip to stop myself laughing. The blush didn’t entirely match his look; dark hair, beard, tall and broad-shouldered. He didn’t look like a man who blushed. He wasn’t setting off my weirdo radar though, so I said, “Why are you out here? Surely the support act wasn’t so bad that you had to miss the main event too?”

“Aren’t you cold?” I eyed his exposed arms and he shivered.

I was usually pretty good at reading people, but I couldn’t decide if he wanted to keep talking to me or not. I felt as though I’d interrupted him in a moment of deep thought, which, of course, I hadn’t meant to do. Now we were just two strangers standing on a bridge. 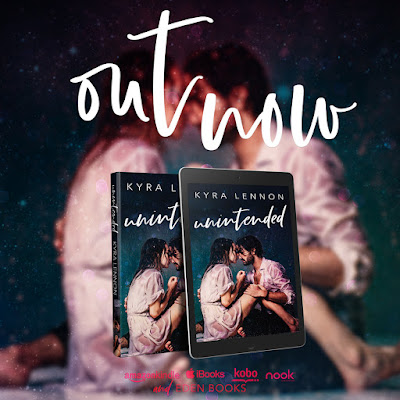 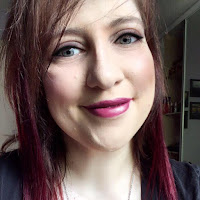 Kyra Lennon grew up by the seaside which provides massive inspiration for her. Her first book was released in 2013, and she has gone on to release two successful series' and a handful of novellas, all falling into the category of Contemporary Romance.

Kyra is also a self-confessed book-a-holic, and has been since she first learned to read. When she's not reading, you'll usually find her hanging out in coffee shops with her trusty laptop and/or her friends, or enjoying nights out at comedy shows and live music venues.

Lennon is a proud supporter of several charities. She currently volunteers for her local cat shelter as a fundraiser and social media guru. Kyra has also had stories published in charity anthologies to raise money for Cats Protection, the British Heart Foundation, the Innocence Project, and Clusterbusters. 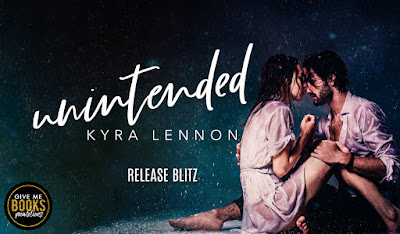