Book Spotlight: Before You by Marni Mann 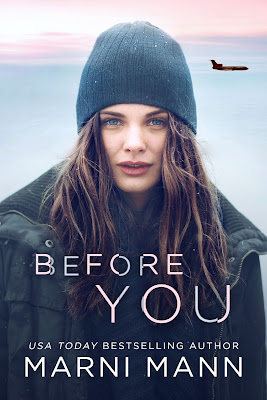 It was supposed to be a typical work trip. New York to San Francisco, window seat, exit row. Maybe a mimosa.

Then, seat 14B sat down. When our eyes met, the flight became anything but routine.

I could pinpoint the moments in my life where everything changed forever.

Meeting Jared on that flight was first.

Falling in love with him was second.

Discovering the secrets he kept was third.

Putting my broken self back together and forgetting what I learned would be difficult. Forgiving Jared would be impossible.

He said, before me, nothing mattered. But after him, nothing would ever be the same. 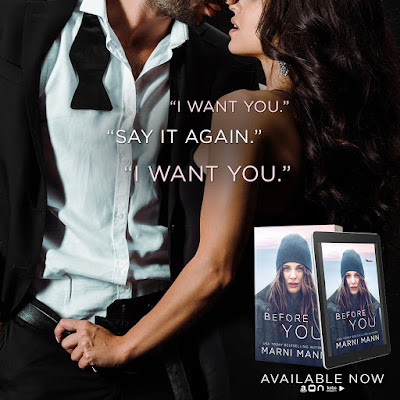 Read my five-starred review of Before You.

Add Before You on Goodreads. 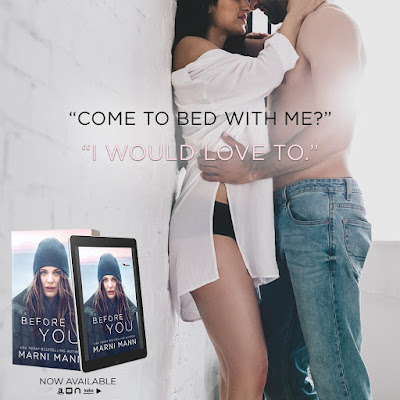 An Excerpt from Before You
“Are you willing and able to help in the event of an emergency situation?” the flight attendant asked as she stood beside our row. She had appeared directly after the announcement that informed us that all of the passengers were now on board the plane to San Francisco and the pilots were doing their final preparations before Flight 88 pulled away from the gate.

“Yes,” I answered, and I should have gone back to the article on the housing market in lower Manhattan that I’d started when I was waiting to board. Instead, my eyes were on her.

She had dark hair that went well past her shoulders, a patch of freckles under each of her eyes, and lips that were pouty and full. She wasn’t beautiful. She was exquisite.

And she had no idea at all.

In the forty-seven years I’d been alive, I’d learned something about women. There were those you couldn’t help but look at and those you just shouldn’t look at.

“Yes,” she replied to the flight attendant, and then she looked at me.

Before all of the interruptions, she had asked why I was going to California. I finally answered, “Some work, some pleasure. And yourself?”

“Same.” Her eyelids narrowed. “Are you from Manhattan? I don’t detect an accent.”

I felt the paper in my hands and knew there was no way I could go back to it. Not yet at least, not with her fiery green gaze on me.

“When you’ve lived in New York for as long as I have, you tell people you’re from there. It’s easier.”

She laughed, and it caused me to keep staring at her. “I’ve been here a while, too, and I agree. Once New York becomes home, you seem to forget everywhere else you’ve lived.” She tucked some hair behind her ear. “Why is that?”

When I’d asked my assistant to book this flight, I hadn’t considered flying commercial would put me in a position for conversation, like the one she’d just started. I hadn’t thought much about the actual flight at all besides knowing I had to be on it.

But now that I was here, I had no idea what the fuck I was thinking.

I really shouldn’t be going to San Francisco at all.

I looked away from her to glance up ahead. The main door was closed, telling me it was too late to get off the plane. The only thing I could do at this point was get some air.

I excused myself, halfway to my feet, knowing we were minutes from leaving the gate and supposed to be in our seats, and I went down the aisle. “I’ll be quick,” I said to one of the flight attendants as she approached me, and I continued to the lavatory.

When I got inside, I locked the door behind me, guessing I had about thirty seconds before I heard a knock.

If I were in any other restroom, I would have washed my face, but I wasn’t going to do that with the water from a plane. What I needed from this tight, crammed space was to catch my breath.

Because all of it had been sucked out of me, and there wasn’t any air to be found in row fourteen.