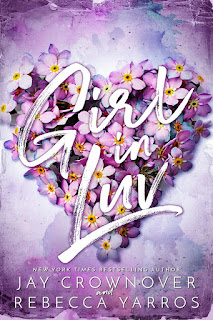 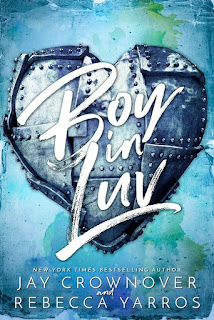 Note: The eBooks and paperbacks were provided by the authors as incentives for the paperback pre-orders for The Last Letter (Rebecca Yarros) and Justified (Jay Crownover).

When you're told that two of your favorite go-to authors have finally joined writing forces to create not just one but two books, you'll do anything to get your greedy hands on them, which is why I didn't even hesitate to pre-order Rebecca Yarros's The Last Letter from Entangled Publishing and Jay Crownover's Justified (the first full-length novel in her Loveless, Texas series) from Forever in paperback in order to receive the Girl in Luv and Boy in Luv novellas, respectively, a short period of time after the release of said novels from Yarros and Crownover. And hey, how the heck could I say "no" to signed books from these two awesome storytellers?! And boy, oh boy, did Crownover and Yarros repay their fans and readers with a duet that reminds us that love doesn't rely on a time table and that the truest kind of love deserves a second chance. The In Luv novellas MUST be read in correct order.

This review covers the duet as a whole since I did the re-read of both books consecutively and right before the general release, with the novellas being placed as part of Amazon's Kindle Unlimited program and sold exclusively on Amazon the day after said general release. The duet introduces readers to twenty-one-year-old Economics major Langley Vaughn and twenty-four-year-old Army Staff Sergeant Iker Alvarez. She needs a date to the wedding of her ex-boyfriend and her stepsister, but no ordinary guy will do. What she needs is a guy who will stand out among the expected horde of well-to-do snobs from industry and society attending the event. Iker's more than willing to be Langley's date...for the right price. He needs the money to fund his younger brother's college education. But neither Iker nor Langley expected to fall in love in a week's time nor to experience total heartbreak.

Okay, I don't want to give away too much considering that the first novella does end in a cliffhanger. Even though both books are available for purchase so there isn't really any waiting involved to find out what happens between Langley and Iker, their story is best experienced minus spoilers. Let's just say that as quickly as these two fall for each other, a happy ending isn't all that easy to come by, not when they come from very different worlds and backgrounds. Both Langley and Iker were highly likable main characters, and the love they had for certain members of their respective families--because hello, Langley's stepmother and stepsister had very few redeeming qualities--made them endearing. They make a number of assumptions the first time they see each other, but the more these two are together, the clearer it becomes that there's more to learn than either had originally thought.

I've been fortunate to have read all of Rebecca Yarros's books and almost all of Jay Crownover's, save for one of her series (which is currently on my to-be read list because I've already read the spin-off!), so I'd say I'm fairly familiar with their writing styles. You never know how two people will manage to combine their creativity and processes no matter how talented they may be individually. I am thrilled to say, though, that these two worked wonderfully well as a writing duo. I don't know how they split writing duties, but whichever avenue they did decide to take, I'm just glad that they took the darn journey to begin with because it's readers like me who reap the rewards of all their  combined efforts. Both Girl in Luv and Boy in Luv had heart and heartache, but there was also always that element of hope thrumming through the duet--the hope that true love will prevail. And it did. Five stars for the In Luv duet. ♥