Review: No Vacancy by Stephanie Rose 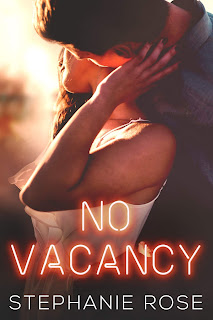 Note: An advanced reader copy (ARC) was provided by the author via Panda & Boodle.

No Vacancy is the newest release from one of my favorite authors, Stephanie Rose, and is the story of Cat Longo and Joe Hunter. It's a spin-off of her Second Chances series, particularly the series starter, Always You (which features Lucas and Samantha Hunter, Joe's parents), and the first spin-off book, Finding Me (which features Bella and Owen Thompson, Joe's sister and brother-in-law). However, this latest book from Rose can be read as a standalone without worrying whether or not you're missing anything. I do recommend new readers to check out the Second Chances series anyway because the three books that make up the series are really good romance reads.

When thirty-three-year-old Caterina Longo discovers her boyfriend cheating on her right in their living room, she decides to start her vacation early and drives from her apartment in Brooklyn, New York to the beach town of Ocean Cove, New Jersey. She's booked a room at the Anchor Motel but ends up at heading towards The Beach Pub for better Wi-Fi. It's there she meets the owner, Joseph Hunter, and the sparks between are instantaneous and intense. They share one unforgettable night together and it isn't enough for either of them. But even as they spend the next two weeks acting on their connection, will it all end with Cat leaving Joe behind or is there hope for more?

Ah, Joe! Who doesn't love a sweet and sexy guy with a good heart and a dirty mouth? And he happened to be such a loving son to his parents and was adored by his sister, brother-in-law, and closest friends! Could the guy get any hotter?! In the case of Cat, well, I admit that I wanted to shake her a couple of times because of her bad habit of waffling and running away, but Joe was totally smitten and fell for her so absolutely, and when she wasn't taking one step forward and two steps back, you could tell that she felt the same way about him. This was a lovely romance, one that showed how sometimes, the best things in life are unplanned. I'm giving No Vacancy five stars. ♥

Purchase No Vacancy on Amazon.