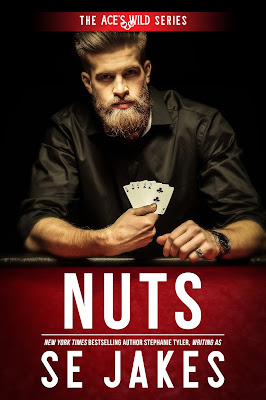 About Nuts
Jagger’s the son of a bookmaker and fixer.  Now, he’s the owner of an exclusive, underground club…and he’s also been put in charge of the family business.

Preston’s the son of a wealthy, powerful, blue-blood Boston family...or he was, until he was disowned for choosing his friendship with Jagger over his family. Ten years later, he’s a Special Forces Operator—and he’s still best friends with Jagger.

But things are about to change, for both men.  Because after a long year of no contact, Preston’s coming home to Jagger for the first time since they shared a surprising kiss.

One night, one poker game, and one hand finds Jagger lucky—and skilled enough—to win a chance to fix things with Preston. But what’s at stake is far more than their friendship—it's everything…and both men are all in to fight for what's theirs.

For the first 90 days of this title's publication, all sales and page reads will be donated to The LOFT: LGBT Center.

Read my 3.5-starred review of Nuts. 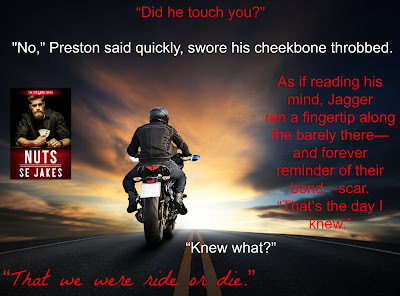 Ace’s Wild is a multi-author series of books that take place in the same fictional town. Each story can be read in any order. The connecting element in the Ace’s Wild series is an adult store owned by Ace and Wilder. The main characters from each book will make at least one visit to Ace’s Wild, where they’ll buy a toy to use in their story! The only characters who cross over to each book are Ace and Wilder. And with various heat and kink levels, there’s sure to be something for everyone!

Learn more about the Ace's Wild series on Facebook and Goodreads.

An Excerpt from Nuts
Finally, Preston crumpled the wrapper from his burger and said, “An FBI agent came to my hotel tonight.”

Jagger’s jaw tightened, but he refused to look at Preston. “That didn’t take long. Sorry.”

“I wasn’t sleeping before that happened anyway.” Preston tried to make light of it. But Jagger’s family business always hung between them, an invisible barrier. A shield. Something Jagger needed to protect Preston from.

“You could’ve used the time to catch up on all the correspondence you missed.”

“I read and listened to all your messages,” Preston corrected, trying to ignore Jagger’s accusing tone.

“You just didn’t acknowledge or answer them.”

Because I didn’t know how to say what I needed. But instead of telling Jagger that, he shot back, “You said you weren’t coming alone.”

“You told me not to. I didn’t answer. And I see you’re still good at changing the subject.”

“You’re determined to start a fight. I figured I’d choose the topic.”

When Jagger murmured, “Asshole,” Preston finally felt like they were back on even ground.

“You need to know that, no matter what, I’ll do time before I let him—or any of them—touch you or your family,” Preston growled.

“I’d walk into the station and surrender myself before I let that happen. They’ve got nothing.”

“I know it’s all bullshit. I can deal with it.”

“You shouldn’t have to.” Jagger’s hand went to his shoulder. “Did he touch you?”

As if reading his mind, Jagger ran a fingertip along the barely there—and forever reminder of their bond—scar. “That’s the day I knew.”

“That we were ride or die.” 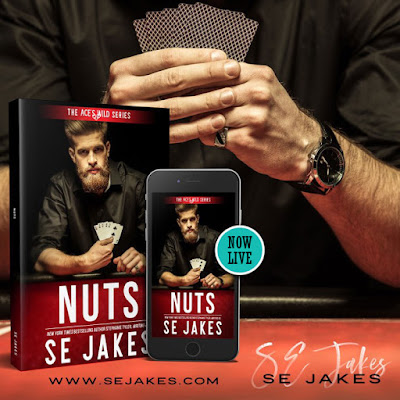