Release Blitz: The Second We Met by Maya Hughes 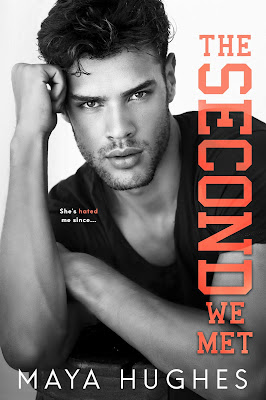 About The Second We Met
Dear Jerk Across the Street, sorry for accidentally walking in on you and catching an eyeful of your—equipment. And hard pass on the open invitation to join you in the shower “anytime”, A-hole.

That’s the note I should’ve written. Instead I sent a pleasant and apologetic version.

Had I known Phoenix “Nix” Russo would’ve been the neighbor from hell, I’d have told him right where he could shove my words.

Nix is the big man on campus with everyone lined up at his games to make sure he knows it. Sure, he’s got piercing green eyes, abs that don’t quit and a smile that could set fire to a set of panties from a hundred yards away, but he’s also the biggest pain in my ass.

Dear Pink-Haired Menace, learn how to take a joke and stop being such a kill-joy...

Elle Masterson called the cops on one of my parties—again. My sweet talking usually gets me out of trouble, but this time it got me into a nice pair of silver handcuffs. Now I’m on a reputation rehab tour with a stop at a spring break community service project.

Now we’re shoulder to shoulder, sweaty, tired and…she’s not anything like I expected. There might just be a heart under that hardass exterior. She’s invading my dreams and I can’t shake the feeling she’s the key to unlocking a piece of me that I’ve hidden away.

It’s only a matter of time until she finds out why I’m really here.

Maybe I can break through her walls and into her heart before that happens...one screw at a time. 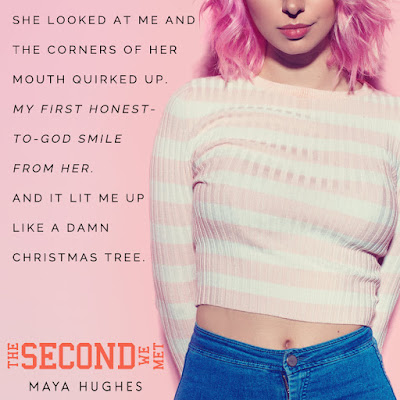 Read my four-starred review of The Second We Met.

Add The Second We Met on Goodreads.

Find the Fulton U series on Goodreads. 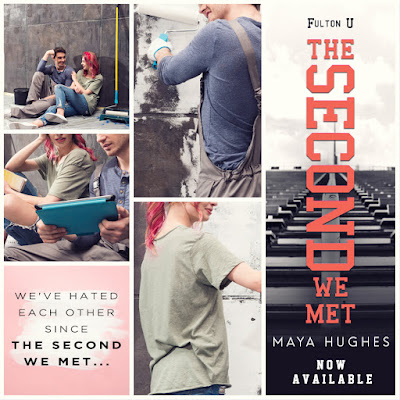 An Excerpt from The Second We Met
“What kind of good deed would it be if we weren’t all trudging around whipping ourselves to prove how special our contributions are? God forbid people enjoy themselves while doing something good.”

“I never said people can’t have fun. I have fun.”

“Could have fooled me.” He could’ve at least had the decency to pretend to say it under his breath.

“Maybe our ideas of fun are completely different. Did you ever think that’s possible? Oh, I forgot, you have a serious lack of empathy and no ability to put yourself in other people’s shoes.”

“What the hell kind of thing is that to say? One second we’re cool and the next you’re biting my damn head off. It’s been like this since the second we met.”

The back of my neck heated up as the flashes of Nix wearing nothing but a towel on his head played in my mind.

“One minute you’re checking me out and the next you’re flipping your shit.”

I whipped around. “I have never checked you out.” Okay, maybe a little. “Why are you even here?” Did I sound territorial? Yes, but that’s what happens when someone gets under your skin, especially someone like Nix who I wanted to pretend could never do so.

The muscles in his neck strained. Was it with frustration? Good, at least I wasn’t the only one pulling into that station. “Can’t I want to do something nice? Can’t I take the time to give back to a community that’s given me so much? You’re the one who can’t put herself in other people’s shoes. No wonder they still had spots for this project—apparently you have to be the right kind of person to help others or they get nothing but shit on by you.” His words bounced off the wooden rafters of the workshop, and I stood there stunned into silence. He threw down the hammer and stalked off. “I’m going to get some water—if that’s okay with you.”

He walked through the open doorway and I slammed my eyes shut. Damnit, why’d he have to have an actual point? I ran my fingers through my hair. Guilt soured the breakfast meal he’d shared with me. I was an asshole and the one whose altruism had an agenda. He was there to help out of the kindness of his heart.

Nix came back with two bottles of water and slammed one down next to my stuff. Why’d he have to be so nice? Why couldn’t he be the arrogant asshole I’d pegged him as since day one? Time to suck it up and make amends. How hard could that be? 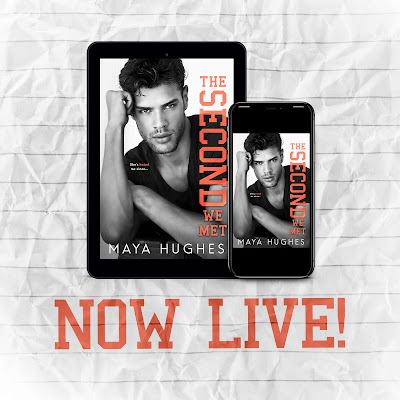 You can find her writing on her foldable keyboard and phone anytime inspiration strikes. Her sweet and steamy stories range from rock stars to small towns and everything in between. When she’s not writing, she’s playing with her three kids, running errands or vegging on the couch with the love of her life and biggest fan, her husband.