Release Blitz: Something That Could Last by Ashley Cade 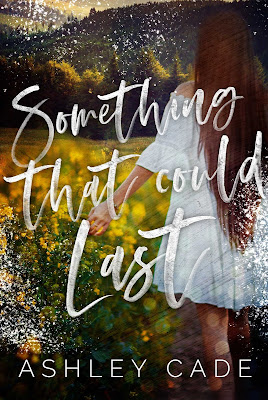 About Something That Could Last
They say opposites attract. I never believed that until I met Abby.

I was an Ivy League student, the eldest son of an affluent family, living a life of luxury and rubbing elbows with D.C.'s elite. Sounds great, right? Too bad prestige comes with a price.

When the expectations became too much, I decided to escape to the hills of West Virginia with my best friend for a summer of fun, some R & R and a little white water rafting. I wanted to lose myself in the outdoors, but instead found Abby. A petite waitress and all around spitfire, she knocked me off my game, making me want more than the casual, no strings attached relationships I was used to.

To me, she's not just another summer fling. She's something that could last. 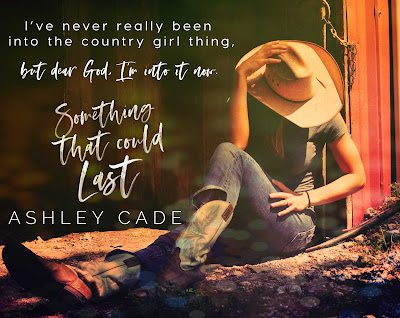 Read my four-starred review of Something That Could Last.

Add Something That Could Last on Goodreads. 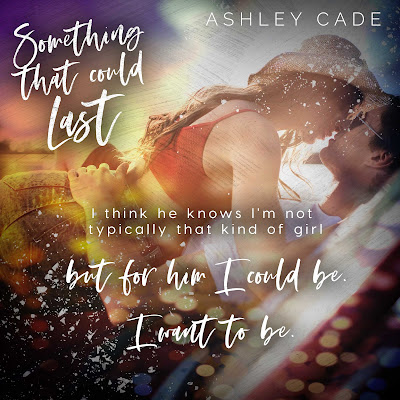 An Excerpt from Something That Could Last
Once inside, we head for the bar. The floor beneath my feet vibrates with the heavy bass thumping through the sound system. Jacob turns to me, and though I can see his lips moving, I can’t hear what he says over the din of too loud music blasting from the speakers.
“What?” I yell back.
He leans down, his mouth a mere inch from my ear, and I breathe in his intoxicating smell. I close my eyes and bask in his heady, masculine scent and the sound of his smooth, deep voice. Our bodies are so close, but not quite touching. Every cell in my body is on high alert, anticipation of physical contact consuming my senses.
“So, how about that shot of whiskey?” he asks with the sexy timbre that makes my stomach clench and my pulse accelerate.
“That sounds great.” I’m going to need some liquid courage for this.
Jacob orders me a shot of Crown and I immediately down it in one gulp, earning a chuckle from him. I'm going to need another just to still my nerves.
“Maybe I should've gotten you a double.”
I swallow nervously and straighten my shoulders. Here goes nothing. “Maybe you should have,” I reply, attempting a seductive tone.
Jacob grins deviously at my sassy response and his eyes darken with desire. Heat floods my lower belly and between my thighs. He hasn't even touched me yet, and already my body is responding to him. I have never felt this way about a guy before. I'm no virgin, but desire this strong is uncharted territory for me.
Jacob turns to the bartender and orders me another shot, a double this time, and a beer for himself. I drain my glass in two big gulps, the smooth liquid going down easier than the cheap whiskey I usually drink. Jacob watches me over the brim of his bottle, his lips curling up on each side as he takes a swig. I reluctantly pull my eyes from his when I feel someone grab my arm.

“I wanna dance.” Tiffany has a cup filled with amber liquid. She's drank most of it and I hear Luke ordering another from the bartender. I hope she doesn't get so drunk tonight that we have to carry her out. It wouldn't be the first time, and it certainly won't be the last. She drains the rest of her drink and discards her cup before Luke hands her a new one.
“Oh, come on, dancing queen. Let's hit the floor,” I tell her. She squeals, bouncing on the balls of her feet before grabbing me by the hand and pulling me onto the dance floor. I'm already starting to feel the effects of the whiskey I consumed just a few moments ago. My mind and body relax a little as warmth from the liquor spreads through my veins. I begin to move to the music, letting the rhythm guide the sway of my hips and the motion of my arms. Tonight, the DJ is playing mostly pop and hip-hop, the best kind of music to dance to.
Tiff and I dance for a couple of songs as she sips her drink. At the end of the second song, I glance over my shoulder to find the guys leaned up against the bar watching us, a bottle of beer in each of their hands. Jacob's eyes burn into mine. He’s watching me intently and I can tell he likes what he sees. His intense observation of my body moving to the music sends a shiver up my spine. I wonder what his hands would feel like grasping my hips, in my hair, all over me. I tear my gaze away from him and turn to Tiff when she yells my name.
“I need another drink. And so do you,” she insists, pointing her finger into my chest. “Come on.” Once again, she grabs my hand and leads me where she wants me to go.
“Need another drink, beautiful?” Luke asks her, his self-assured grin never leaving his face.
“Why, yes I do. Thanks, handsome.” I'm just buzzed enough that this interaction makes me giggle. Tiff turns to glare at me, but her spirits are instantly lifted when Luke hands her another Long Island.
“Wow, that was fast,” she exclaims.
“I went ahead and ordered it when you started back this way. You looked like you needed a refreshment.” His cocky smirk is almost charming. Almost.
“Awwwww, you're so thoughtful,” Tiff draws out, pressing herself up against his chest. Gag! She knows he’s trying to run his game on her, and she’s encouraging him. Luke may be a player, but he just met the coach.
“You want another shot of Crown?” Jacob's question is a welcome distraction from these two and their very public displays of affection.
“Yeah,” I reply. “Oh, and just a single this time.” I'll eventually have to drive Tiff and myself home, so I need to take it easy on the booze. Besides, I haven’t eaten in over eight hours, and this top-shelf liquor is working fast. When he hands me my drink a few minutes later, I thank him and down the potent elixir in one gulp. He watches me with an intensity in those icy blue eyes that makes me feel naked and vulnerable. It's an unsettling feeling, but I kind of like it.
“I'm ready to dance again. Let's go.” Tiff grabs my hand and leads me back to the dance floor. There are hot, writhing bodies everywhere, and we have to shoulder our way through the crowd to make it back to our spot.
We're three songs in this time when I feel hands on each side of my waist. I start to turn around to see which one of these assholes is grabbing me without invitation when he leans in and speaks into my ear.
“Abby,” he breathes my name. This one word breaks my resolve to be a good girl and not get involved with this handsome stranger. I close my eyes and lean into him. I hear his quick intake of breath before his body molds to fit mine, the sculpted muscles of his chest and abdomen pressing against my back. He trails his fingers up my arm, leaving a searing path of heat in their wake. I can't suppress the shudder that moves through my body as a result. I am lost to his touch and all I can hope is that it never ends. 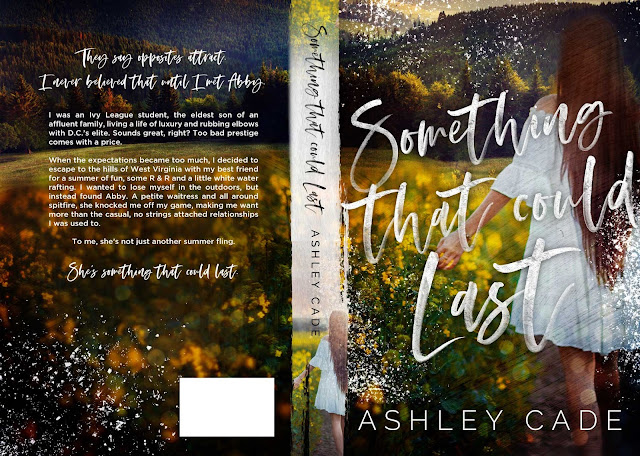 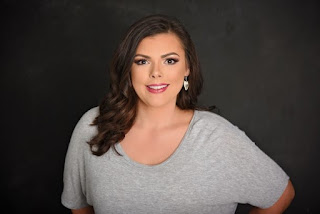 Ashley Cade is an author and book lover living in Ohio with her husband and two sons. She's loved reading since childhood and has always enjoyed creating characters and stories. She finds inspiration everywhere: a song on the radio, a person she passes on the street, a place she's visited on vacation. She lets her imagination run wild and her fingers do the typing.