Book Spotlight: On the Subject of Griffons by Lindsey Byrd 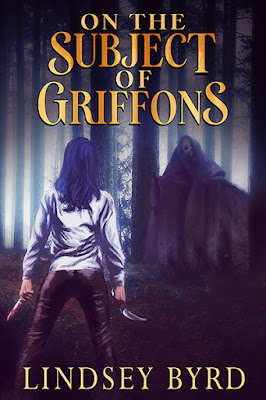 On the Subject of Griffons
by Lindsey Byrd
Date Released: May 27, 2019
Riptide Publishing

About On the Subject of Griffons
They’ll do anything to save their children’s lives, even if it means working together.

Kera Montgomery is still mourning the sudden death of her husband, Morpheus, when her youngest son falls victim to a mysterious plague. With no medicinal cure, Kera must travel to the Long Lakes, where magical griffons capable of healing any ailment reside.

As an heiress unused to grueling travel, Kera struggles with the immense emotional and physical strain of her journey—one made more complex when she crosses paths with her husband’s former mistress, Aurora. Aurora’s daughter is afflicted with the same plague as Kera’s son, so despite their incendiary history, the two women agree to set aside their differences and travel together.

The road is fraught with dangers, both living and dead. Each night, old battlegrounds reanimate with ghosts who don’t know they’ve died, and murderous wraiths hunt for stray travelers caught out after dark. If Kera, Aurora, and their children are going to survive, they’ll need to confront the past that’s been haunting them since their journey began. And perhaps in the process, discover that old friends may not be as trustworthy as they once thought—and old enemies may become so much more.

Add On the Subject of Griffons on Goodreads.

A Guest Post by Lindsey Byrd
Horses
I started horseback riding before I can even remember. In college, my favorite horse was a beautiful chestnut mare named Whiz. She rode like a dream. Everyone at school hated her, mainly because she was a temperamental brat who liked to do things her own way. In that regard, I was a terrible equestrian because I never saw much point in forcing her to do anything she didn’t want to do. If she didn’t feel like jumping, then who was I to make her? If she was feeling feisty, then well – we all have those kinds of days.

At least twice a week I’d be responsible for brushing her and getting her tack ready. Unlike every other horse I’d ever ridden: Whiz had a trot speed that was so smooth it was hard to tell she was actually trotting. You could sit through it and not feel a bump or hitch or anything. I loved riding that horse.

I loved it a lot less when she decided to take a bite out of my leg one day. When I told someone at the barn what had happened, I was told something that every person who has ever ridden a horse has repeated to ad nauseum. “Oh, that’s a chestnut mare, they’re all like that.”

Two horses don’t exactly a pattern make, but I’ll admit the only time I was ever in life threatening danger with a horse: it was also a chestnut mare. Her name was Sarah, and she very nearly kicked my head in when I entered her stall. Someone had to drag me out when I fell in my attempt to avoid her. Chestnut mares have a reputation for being temperamental and brutal when they want to be. And I never forgot that.

When I was writing the horses in On the Subject of Griffons, I cottoned back to my years riding competitive. All the various hassles, including the absurd saddle weight on western saddles, the difficulty tending to the tack and the cleaning process during etc., is from personal experiences. Holly the Horse in Griffons is mainly based on Whiz. They’re the wrong size, Whiz was a quarter horse and certainly not equipped to be a war horse of any kind, but Holly’s mannerisms were all Whiz 100%. Her attitude, the way she listened to her rider talking with one ear facing you and the other going forward: writing Holly was like trying to reclaim my connection to Whiz.

She was the best horse I ever knew. And really? Holly is too. At the end of the day, I made sure to point out: she really was a chestnut mare. A fantastic horse, but feisty and willing to ignore consequences in favor of her preferences. After the book’s end, I imagine her eating alfalfa in a field somewhere, happy as happy can be. Going for trail rides and not being forced to do anything she doesn’t want to do. If nothing else, it’s what she deserves. And I hope you’ll agree that she does too. 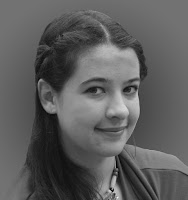 Lindsey Byrd was brought up in upstate, downstate, and western New York. She is a budding historian of law, medieval, and women’s studies and often includes historical anecdotes or references within her works. Lindsey enjoys writing about complex and convoluted issues where finding the moral high-ground can be hard to do. She has a particular love for heroic villains and villainous heroes, as well as inverting and subverting tropes.

Giveaway
To celebrate this release, one lucky person will win a $25 Riptide credit! Leave a comment with your contact info to enter the contest. Entries close at midnight, Eastern time, on June 1, 2019. Contest is NOT restricted to U.S. entries. Thanks for following along, and don’t forget to leave your contact info!

Follow the On the Subject of Griffons blog tour.