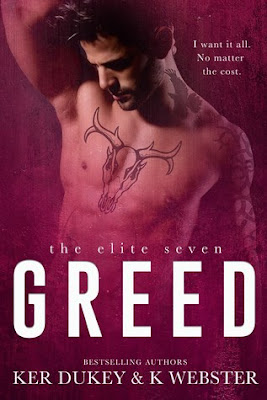 About Greed
I’m hungry.
My greed is insatiable.
I’m a slave to the need. The drive for more. For everything.
Once I decide I want something, the greed for it consumes me.

I want answers.
I want justice.
I want vengeance.
I want HER.

My best friend and his sister—the girl I vowed could trust in me and whom I would always protect—dropped off the map two years ago. My own father pledged assurances that they'd been living a life they deserved.

Lies. Lies. Lies.
Hell hath no fury like a man who has no fucks to give and a mission to fulfill his promise.

I may be a greedy sonofabitch, but I’m also a loyal one. Cross me or my brothers, and I’ll come for your throat. And my teeth are razor sharp.

When I discover the corruption running deep within my own bloodline, I take a stand to right the wrongs. I had no idea their darkness would lead me to the light—to her.

The Lust I have for her will keep me grounded.
The Wrath for those who betrayed us will ignite the fight inside me.
And the Greed for victory will consume our enemies in a tidal wave of Hell’s fury.

They say the three gates of Hell are Lust, Wrath, and Greed.
Well, open up, motherfuckers…Daddy’s home.

I am Micah Dixon.
I am Greed. 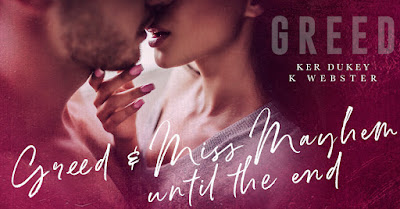 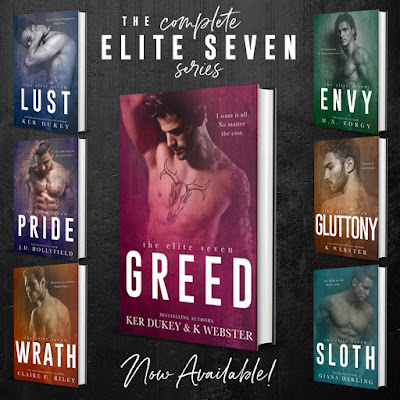 About Ker Dukey & K Webster
Ker Dukey is based in the UK where she lives with her husband and small children and also their beloved Goldendoodle, Murphy (who has yet to discover he isn't, in fact, a human).

When she's not lost in the world of her characters or being Mum, Ker likes to read and catch up with her followers on social media.

Her other passions besides writing include reading and graphic design. K can always be found in front of her computer chasing her next idea and taking action. She looks forward to the day when she will see one of her titles on the big screen. 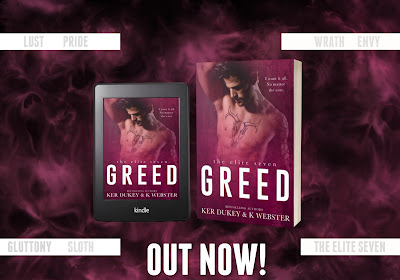