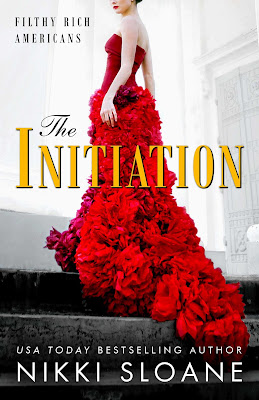 About The Initiation
No one knows how new members are selected to the board of Hale Banking and Holding. But there are rumors of a sordid rite of initiation.

Whispers how one woman and nine men disappear into a boardroom.

This time, that woman will be me.

The Hale family owns everything—the eighth largest bank in the world, everyone in our town, even the mortgage on my parents’ mansion. And now Royce Hale wants to own me.

He is charming. Seductive. Ruthless. But above all, he’s the prince of lies. My body may tighten with white-hot desire under his penetrating gaze, but I refuse to enjoy it.

I’ll make a deal with the devil to save my family and sell myself to the Hales. But Royce will never own my heart. 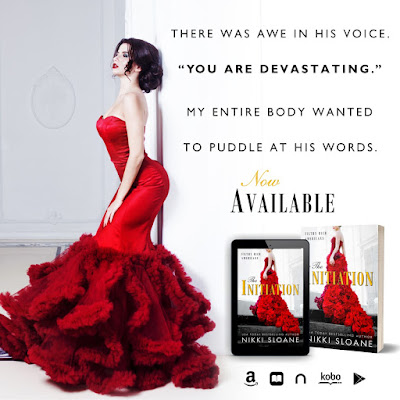 Read my five-starred review of The Initiation.

Add The Initiation on Goodreads. 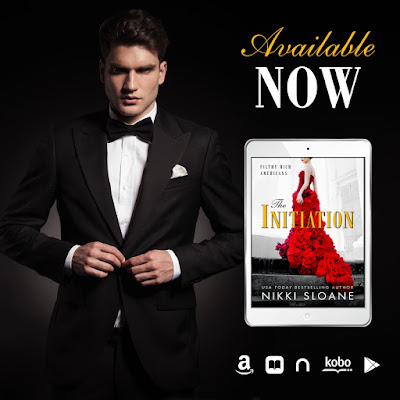 An Excerpt from The Initiation
Every pair of eyes in the restaurant was on us as we were led to our table for dinner.

Probably not every pair, but God, it felt that way.

“Is it just me,” I asked over the top of my menu, “or is everyone staring at us?”

Royce was indifferent. “They’re staring at you.”

His statement rattled me. “Why?”

“Because you’re here with me.” His gaze never lifted to mine, like he couldn’t be bothered. “Or more likely, because you’re fucking gorgeous. Who knows?”

Breath halted in my lungs. “You can’t just say shit like that.”

The leather-bound menu holder dropped onto the table with a thud, and I was met with the full power of Royce’s irritated stare. “That you’re beautiful? You are. Get over it.”

Dismay twisted my lips into a frown. “Please, don’t. I don’t need bullshit lines from someone like you.”

“It’s not a line, and . . . someone like me?” More annoyance darted through his eyes, but intrigue too. “What’s that supposed to mean?”

How was I going to put it into words? “You’re a ‘haver.’ I mean, you could have any woman in this room if you wanted, and probably some of the guys too. You’re young, hot, and filthy rich.”

His irritation vanished. It was replaced with an arrogant expression that said none of this was news to him. I pushed forward, gathering steam.

He was immune to my scorching glare. “You wanted to know why I was still a virgin last year. Well, there’s your answer. You’re the reason, Royce. Nobody would be caught dead with me.”

He considered the accusation I’d lobbed at him. “You’re wrong,” he said finally. “I was aware what was going to happen. It’s exactly why I said it.”

My head turned into a void. “What?”

He leaned over the table to ensure he had my full attention. “I saw you at the bar with your sister that night. You were swaying to the music, all happy, and pretty, and it pissed me off.

My father had already laid out plans for me. I was supposed to be with Emily, but that wasn’t what I wanted.”

I clenched the menu in my hands. I sensed where he was going, but I couldn’t wrap my head around it. My heart chugged along, thumping loudly in my ears.

“So, yeah. I knew you were behind me when I called you a nobody. I did it on purpose, because I couldn’t stand you with anyone else. I wanted you for myself.”

“Oh, my God.” My body flushed hot, although I didn’t know if it was with anger or excitement, or a deadly combination of the two. 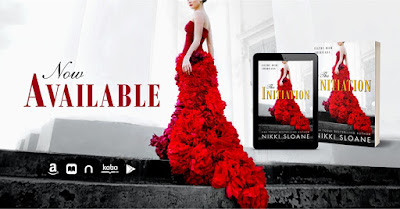