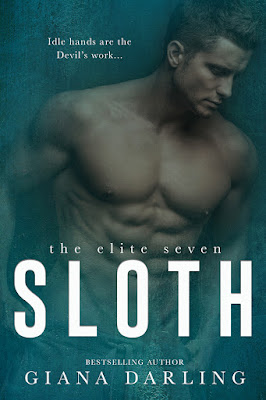 Not about money or fame, beauty or power. I’ve had all those things since birth, and trust me, they’re a fucking snooze.

I don’t give a fuck about anyone, not even myself.

Until my father proves evil can exist in the most holy of places. For the first time ever, something like interest stirs in my soul.

He wants me to enroll at St. Augustine.

Join The Elite.
Court the virginal daughter of Archbishop Savoie.
Prove to him I’m worth the family name.

I’ll do it all.
And I’ll do it so well, no one will know what’s coming. People are so quick to underestimate the wicked and lazy.

They forget idle hands are the best tools for the devil’s work.

I am Rush Dempsey.
I am Sloth. 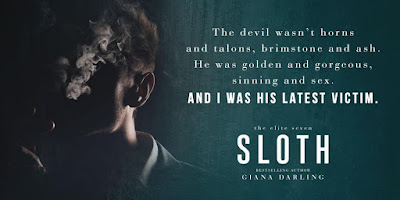 Read my three-starred review of Sloth. 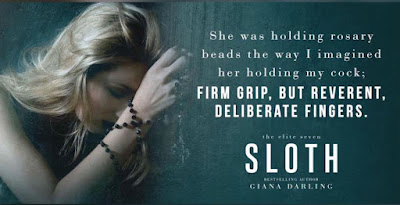 About Giana Darling
Giana Darling is a Top 40 Amazon bestselling Canadian romance writer who specializes in the taboo and angsty side of love and romance. She currently lives in beautiful British Columbia where she spends time riding on the back of her man’s bike, baking pies, and reading snuggled up with her cat Persephone. She’s a lifetime athlete, playing and coaching basketball, soccer, field hockey, and softball, so she comes by her competitive spirit naturally. A born reader and self-proclaimed geek, she is enamored with mythology, history and all kinds of literature.

Before becoming a romance novelist, she was a food journalist, a food blogger, a coach, a French tutor and the owner of a pie company. For the last few years she has been living all over Europe, mostly in her second home France, but she’s finally settled with the Love of Her Life in her hometown on an island off of Vancouver. 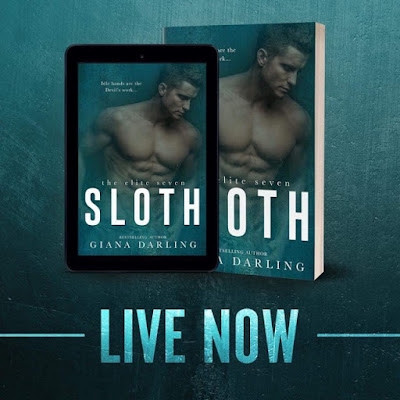