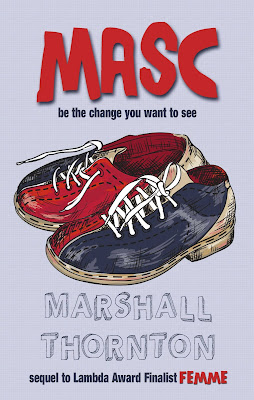 About Masc
Lionel and Dog are back in this follow-up to the Lambda finalist, Femme.

Almost six months have passed and, after taking an online quiz, Lionel believes their relationship is doomed because they have nothing in common. To save their relationship, the pair joins a gay bowling league and discovers that Lionel is an excellent, if somewhat eccentric bowler.

Meanwhile, Dog gets profiled in a work newsletter. He's excited that he's out at work but doesn't immediately see that by fawning over Dog's masculine nature he was also putting down all femme guys. Lionel takes it personally which leads to a crisis in their relationship. Attempting to make it up to Lionel, Dog attempts to make a grand gesture which backfires spectacularly.

Will the two manage to put things right? And will a night in jail, a morning of drag bingo, an afternoon of day drinking, and a month of moping make things better or worse?

Read my five-plus-starred review of Masc. 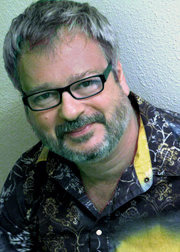 Marshall Thornton is known for the Lambda award-winning Boystown Mysteries. His comedic novels include The Ghost Slept Over, My Favorite Uncle, and the Lambda Finalist for Gay Romance, Femme. Marshall holds an MFA in Screenwriting from UCLA and has had plays produced in both Chicago and Los Angeles and stories published in The James White Review and Frontier Magazine.