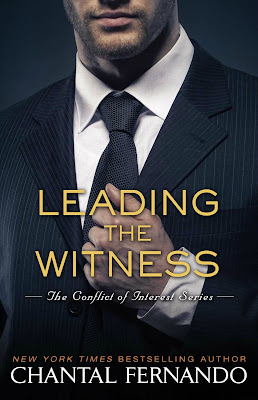 About Leading the Witness
New York Times bestselling author Chantal Fernando “turns up the heat” (RT Book Reviews) in this steamy standalone novel when a divorce lawyer finds himself stuck between his client and the woman he desires—and soon he’ll be forced to choose sides.

Hunter Brayze doesn’t always like his clients but as the divorce attorney for Bentley & Channing Law, he doesn’t have to. So when he meets his latest client, even though he can’t stand the guy, let alone understand how any woman would ever marry him, he is still determined to win his case. But he never expects taking this client would turn his entire world upside down.

When he comes face to face with his client’s soon-to-be ex, he’s shocked to see Riley McMahon, owner of his local pub and the woman he’s wanted ever since he first laid eyes on her. He didn’t even know she was getting a divorce, and now he’s stuck defending the man who wants to screw Riley out of everything. Feeling like he’s betraying her, Hunter vows to settle this case as quickly as he can by any means possible. Because after months of flirting with Riley at the pub, and now knowing that she’ll soon be free, Hunter is determined to make her his.

But as the proceedings get messier and secrets are revealed, Hunter’s running out of tricks to keep both parties happy. And when someone sets Riley’s pub on fire, he can’t help but suspect his own client. Torn between his professional code of ethics and his intense connection with Riley, Hunter finds himself at a crossroads wondering whose interests he’ll ultimately protect. 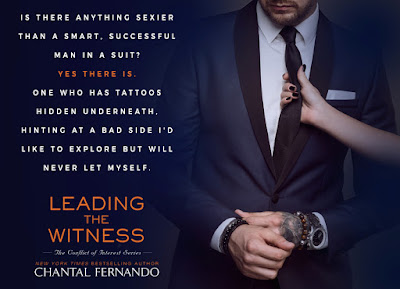 Read my four-starred review of Leading the Witness.

Add Leading the Witness on Goodreads.

Find the Conflict of Interest series on Goodreads. 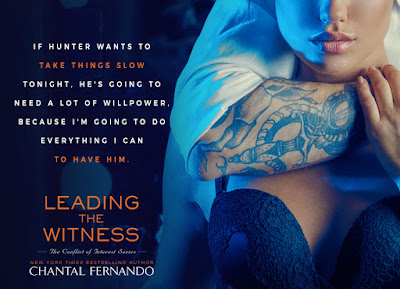 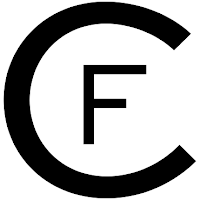 Lover of all things romance, Chantal is the author of the bestselling books Dragon's Lair, Maybe This Time, and many more.

When not reading, writing or daydreaming she can be found enjoying life with her three sons and family.

Chantal loves to hear from readers. 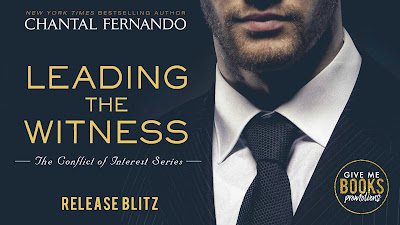