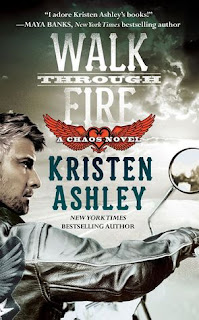 "I'm done walking through fire for you, High!" I yelled. "I'm done not because I'm done but because there's nothing left of me to burn. You have it all! You've always had it all! I gave up everything so you could have it all! Please! God! Leave me to my nothing!" I swung an arm out to their table. "And if you gave one single shit about me, ever, make them let me have my nothing!"

Millicent Cross was only eighteen when she first met twenty-one-year-old Logan Judd but they spent the next three years fully committed and in love with one another. They made plans for a family and life together, but when Millie learned that she couldn't give Logan everything he deserved, she made sure that he would walk away in order for him  to have the opportunity at every bit of happiness possible.

In the two decades since then, she's gone on to have a half-lived life, and all it takes is one look at him for her to realize that nothing ever really ended between the two of them. But what Millie did twenty years ago made Logan a very broken man, and while she may be looking for redemption by explaining to him what prompted her actions then, Logan wants nothing more from her than his pound of flesh.

What begins is a game of payback, one that will leave neither of them satisfied nor fulfilled. This time around, both Millie and Logan could end up far more broken than they were before. When Logan learns the truth about what Millie did, will he be able to take back the second chance fate has given them both and finally create the life they should have had and prove that they've loved no one else but each other?

No one can write a motorcycle club (MC) romance quite like bestselling author Kristen Ashley. I've been a fan of hers since September 2013, which found me discovering her Rock Chick and Dream Man series as well as the standalone novel Play It Safe. When I read Motorcycle Man, the fourth book in the Dream Man series, I had a feeling it was the kind of story that could be the perfect jump-off point for a spin-off series. Lo and behold, the Chaos series was born and I was hooked to this group of rugged bikers from the time I read the first two books also in September 2013. It's been quite an adventure with the Chaos MC and I've devoured every single novel and novella, and Kristen Ashley shows why she's the queen of the MC romance genre with the latest addition, Walk Through Fire, the fourth novel and fifth release.

There are second chance romances that are sweet and sentimental and then there are those that don't spare the main characters (and the readers) from the pain and hurt borne from the separation. Walk Through Fire is a merging of both. Through flashbacks, we see how Millie Cross and Logan Judd met and fell in love and the life they shared together for three years. In contrast, we witness just how destructive twenty years of pent-up anger can be and there are moment you can't help but cringe when Logan exacts his revenge on Millie. Your heart breaks for her because you know what made Millie do what she did twenty years ago, but Logan's anger isn't exactly unfathomable. Of course, that doesn't excuse his behavior over the next few times he and Millie see each other, but he does redeem himself like only Logan can.

Aside from the love stories of the main characters in each of the Chaos books, one consistent story arc is that involving Benito Valenzuela, a local thug in a turf war with the Chaos MC. He's a thorn in their side but he appears to amp things up with every new installment, and now, he's cryptically making it apparent that he's got his sights set on taking what he wants and that by the time he's done, the MC won't know what hit them. I don't think Chaos is underestimating him, but with the veiled revelations here, it seems that they're handling the situation with Benito the wrong way. I'm definitely curious about how this is going to continue to play out, especially since it's not clear how many books are going to be in the series. My guesses for the main characters in the next book are Hound and Keely Black, but I could be wrong.

If you have yet to discover the Chaos series, I'm going to recommend that you begin with Motorcycle Man, which is technically not part of the series but it is where Tack Allen and Tyra Masters meet and Tack is the president of the MC. They're also prominent recurring characters, as are the other main characters from the books prior to Walk Through Fire, so read the books in order and fall in love with all things Chaos. As for this newest addition, prepare to have your heart ripped out more than once because that's what Millie Cross and Logan "High" Judd's tale will do with you. But don't worry. By the time you're finished reading, you'll see that love can truly endure and will survive whatever's thrown its way. Walk Through Fire will make you contemplate how much you're willing to sacrifice for the love of your life. Five-plus stars. ♥

Check out my reviews for the Chaos series: