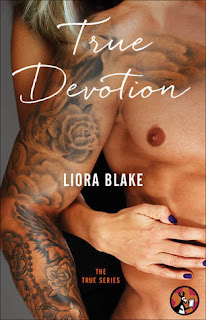 "Stop looking at me like I'm a stranger. Like you're seeing me for the first time but you can't decide what to do with me."

"What if I like what I see?" His head jerks up to find my gaze. I take a small step closer. "And I know exactly what I want to do with you."

For two years, Simon Cole has both tempted and taunted Devon Jenkins, pushing her buttons in ways that no other man has been able to before. He's infuriatingly good looking and she thinks she's got him pegged as being nothing more than a guitar-playing, asinine manwhore. But she begins to see a side of him that she would never have ascribed to the man who she believed spent all his time flirting with anything in a skirt. There's so much more to Simon and the more she gets to know him, the more she finds herself lowering the barricades that she made sure surrounded her after leaving an abusive relationship. Simon makes her believe in the possibility of finding a forever kind of love, but Devon can't seem to get rid of the niggling doubt that she isn't the type of woman worthy enough to be with the Simon she's come to know.

Confession time: I love the True series and all three books have touched me in their respective ways, but like with everything else in my life, I play favorites and True Devotion takes the cake. Liora Blake took the enemies-to-lovers and falling-for-your-brother's-best-friend tropes, mixed them together, added her own special ingredients, and voila! She's created a wonderful story filled with snarky commentary, silly banter, and sassy romance starring two main characters who have had their fair share of loss and heartache (and I'm not talking exclusively of the romantic kind) but have dealt with them differently. I loved the sarcasm thrown in with the sweetness and the steam between Simon Cole and Devon Jenkins is one that's been brewing for a couple of years, making for one heck of a hot coming together that was destined to happen.

What is it with the men that Liora Blake comes up with in her books?! Could these guys be any more top book boyfriend material? Trevor Jenkins from True North was unique and amazing, but Simon Cole took being a puzzle to a whole new level because he sure as heck was above and beyond the flirtatious buddy and band member he presented himself to be in book one. He's this renaissance man who isn't afraid to be goofy and geeky because that's part of who he is. In short, Simon isn't afraid to be who he really is and when he goes into something, he gives it his all, including falling in love with Devon and making sure she falls in love with him in return. I have a soft spot for geeky male lead characters but Simon was this gorgeous geek slash musical savant who loved his parents and was ready to wait for the woman he wanted.

There was never any doubt how devoted Simon was to Devon and the fact that there was no one else for him from the moment he met her two years ago shows that he was in it for the long haul. Devon is scarred by her last relationship and even as Simon chips away at her defenses, there's a nagging feeling that lingers, one that makes her mindful that what she has with him will come to an inevitable end. She's at times frustrating, which is reminiscent of how I felt about book one's Kate Mosely, but it's clear just how deep she allowed herself to fall for Simon. I loved that Trevor and Kate were part of the story and that we get to see how far they've come in their relationship, but a special mention goes out to Stacia, Devon's best friend, because she was the voice of reason. Ah, the feels True Devotion gave me! Five-plus stars, people. ♥