October 17, 2015
Gathering any number of authors together for an anthology seems like such a daunting task, but in the case of the six awesome authors of '90s Playlist, it appears to have been fate!

Find out how it this fun new adult anthology came to be and learn a bit about the authors. 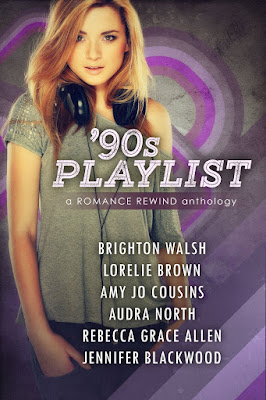 Doesn’t everything these days begin that way? At least, in the romance writing world, a lot of ideas are born on social media. When authors get to talking on just about any topic, you can bet a story—or six—will come out of it! That’s what happened with ’90s Playlist. A few of the authors were chatting on Twitter about that particular decade and all the great songs, and they decided to produce a volume of stories inspired by songs from the ’90s. After asking a few other folks to join them, ’90s Playlist (and its sister volume, ’80s Mix Tape, which will come out in February) was born!

All the authors came together here, as well, to answer the question: “If you could choose one song from the ’90s to describe your life now, what would it be and why?” Here’s what they said:

Brighton Walsh
I spent way too long looking for a song to represent my life now and not finding anything (I thought I lucked out with I Hope You Dance, but drat it came out in 2000), so I'm giving up and going with the funny answer: Right Said Fred's I'm Too Sexy. ;)

Audra North
MMMBop by Hanson! It’s just such a happy song, and I like that it’s about not knowing the future and being okay with that.

Lorelie Brown
I'd have to say Laid by James. My life is now filled with big love of a non-traditional variety and life is so damn good.

Rebecca Grace Allen
There are a lot of different songs that seem to resonate—honestly it depends on the day! But one that fits overall is Live's Run to the Water, and the lyrics "burnt to the core, but not broken." I've had a lot of rough stuff go down in my life but I've pulled through it, and I'm pretty proud of that.

Amy Jo Cousins
They were a one-hit wonder, but Jesus Jones's Right Here, Right Now sums it up pretty well. There's no other place I'd rather be.

Jennifer Blackwood
Everything I Do I Do it For You by Bryan Adams. I can honestly say I'm living my own happily ever after. Even when life is hectic, (especially with a rambunctious two-year-old) I know I still have my husband there for support. Words really can't describe how much I love and care for him, but this song comes darn close!

Thank you to all the authors for taking the time to answer my question and a special thank you to Audra North for facilitating this spotlight. ♥

Read my 4.5-starred review of and book spotlight on '90s Playlist.

Connect with authors of '90s Playlist: 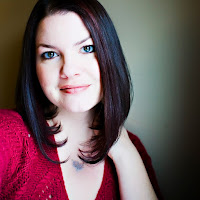 Brighton Walsh spent nearly a decade as a professional photographer before deciding to take her storytelling in a different direction and reconnect with her first love: writing. When she’s not pounding away at the keyboard, she’s probably either reading or shopping—maybe even both at once. She lives in the Midwest with her husband and two children, and, yes, she considers forty degrees to be hoodie weather. Her home is the setting for frequent dance parties, Lego battles, and more laughter than she thought possible. 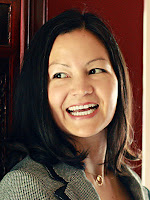 Audra North
Audra North fell in love with romance at age thirteen and spent the next twenty years reading as many romance novels as she could. Even now, after having read over one thousand of them, Audra still can't resist the lure of a happily ever after, and her collection continues to grow. She lives near Boston with her husband, three young children, and a lot of books.

Lorelie Brown
After a semi-nomadic childhood throughout California, Lorelie Brown spent high school in Orange County before joining the US Army. After traveling the world from South Korea to Italy, she now lives north of Chicago. She writes her Pacific Blue series of hot surfers in order to channel some warmth.

Lorelie has three active sons and a tiny shih-tzu who thinks he’s son number three—not four, he’s too important to be the baby. Writing romance helps her escape a house full of testosterone. 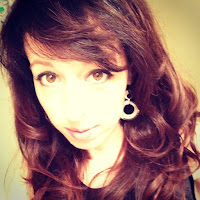 Rebecca Grace Allen
Rebecca Grace holds a Bachelor of Arts in English with a double concentration in Creative Writing and Literary Comparison, as well as a Master of Science degree in Elementary Education, both of which seemed like good ideas at the time. After stumbling through careers in entertainment, publishing, law and teaching, she’s returned to her first love: writing. A self-admitted caffeine addict and gym rat, she currently lives in upstate New York with her husband, two parakeets, and a cat with a very unusual foot fetish.

Amy Jo Cousins
Amy Jo Cousins writes contemporary romance and erotica about smart people finding their own best kind of smexy. She lives in Chicago with her son, where she tweets too much, sometimes runs really far, and waits for the Cubs to win the World Series. 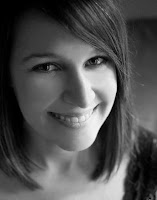 Jennifer Blackwood
Jennifer Blackwood is an English teacher and contemporary romance author. She lives in Oregon with her husband, son, and poorly behaved black lab puppy. When not chasing after her toddler, you can find her binging on episodes of Gilmore Girls and Supernatural, and locking herself in her office to write.