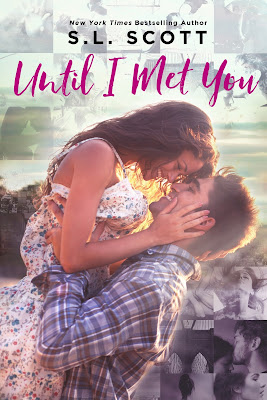 Read my five-plus-starred review of Until I Met You. 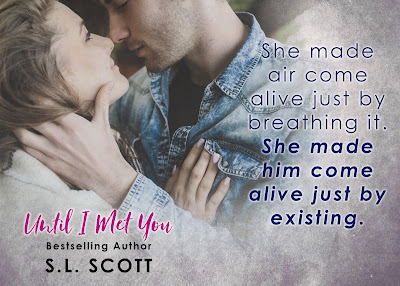 Excerpt from Until I Met You
“I’m going to want all of you. I want all your secrets and your soul.”

She squirmed beneath him, forgiving him of his own sin of denying her his secrets, as he lowered himself. “Don’t you know, Hazel? You’ve had all of me all along.”

He kissed her just above where she really wanted him. Teasing her. “You’re getting demanding.” Kiss.

“I can’t help it. You created a monster.”

“You’re lucky I find you so delectable.”

She knew exactly how fortunate she was. “I am. I’m the luckiest girl in the—” She gasped when he kissed her exactly where she had wanted. “Oh God, Hazel. I’m so lucky.” The tips of her fingers dragged slowly up her body as she murmured, “Lucky. Lucky. Luck! E.”

Shortly after, the starburst whitened the insides of her lids, and she returned the favor. He was left helplessly at her mercy until his body was teetering on the edge of ecstasy and what felt like death. Jude got up and kissed his chest. “I want you, babe, inside me.” 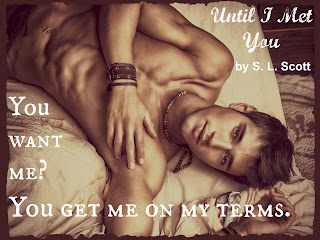 He sat up. “You want me? You get me on my terms. On your hands and knees.”

Her body clenched in anticipation. Even though they have had passionate sex, even some rough, play that was fun, he had never made demands of her. But she liked it. She liked feeling wanted sexually. Positioning herself, she felt his warm palms glide over her back and bottom before she felt a gentle pressure. Her breath was pushed out as he pushed in, holding her steady by the hips.