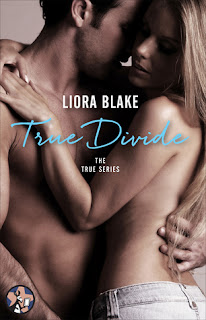 "I'm not sure how we got here or what weird universal force field we tripped so we could be together again..." Jake shifts to tuck one of his legs so that it is shoved between mine, then lets his callused foot rub across my calf. "But I'm really glad we did."

The right words. For the first time in so long, all the right damn words.

If the boy you once loved returned more than ten years after he left without a word, would you give him your heart again and risk getting it broken a second time around? Lacey Mosely is faced with that very dilemma when Jake Holt unexpectedly reappears in her life and makes it clear that he wants to reconnect their severed friendship. When they were both seventeen, they fell in love with each other but kept their relationship secret. He was the misfit outsider and she was the perfect prom queen. But he left her behind after graduation and she's never really ventured too far from her hometown of Crowell, Montana. With countless miles under his belt, Jake wants to show Lacey the world and care for her the way he always hoped to. What happens when she refuses to leave the one place that he swore never to get stuck in again?

I seem to have a tendency of discovering a series and falling in love with just as it's about to end. That's what happened with Liora Blake's debut trilogy, True, and while the series has, indeed, come to a close, I'm thankful that I was actually able to read and review all three books back to back to back. I got the complete reader experience without having to count the months, weeks, and days before the release of the latest installment. With the publication of True Divide, we finally learn the story behind the snippet that Lacey Mosely gave readers in the first book, True North, when she and her sister Kate made their way to Idaho. This series began with a rock star romance, followed it up with an enemies-to-lovers slash falling-for-your-sibling's-best-friend love story, and ending it with a second chance romance is the cherry on top.

I loved both parts of Lacey and Jake's story--the one that began when they were seventeen and the one that started when they were nearly thirty. What they had before was filled with innocence and hope, both of them viewing each other as the only person to truly see who they are behind all the posturing that being a teenager entails. When they meet again, their lives have gone in different directions and there's a wariness that has emerged from losing that first great love, but there's also that anticipation at the greater possibilities that are before them should they pursue the feelings that have remained dormant for over a decade. This was such a fresh take on the whole second chance trope because it employed exchanging correspondence in order for them to get over the initial uneasiness of interacting with a former whatever.

If there is one thing that ties all three stories in the True series together, other than familial ties, it's that the relationships that each of the couples engage in are complicated from the beginning. They're forced to take on challenges that test the mettle of their commitment to one another and while at least one member of each couple does stumble, it's their ability to move beyond whatever's holding them back that makes these love stories heartwarming. All three can be read as standalones, but if you're familiar with my reviews, you shouldn't be surprised when I tell you to read the books in order. Heck, if they weren't part of a series, I'd still recommend them to you, albeit separately. The True trilogy is one of my best book finds for 2015, and with my five-plus stars for True Divide, the series gets an average five-plus-star rating too. ♥