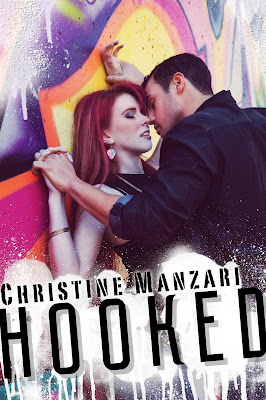 About Hooked
If you ask the confident and snarky skater girl, and she’s in the mood to share, she’ll tell you her name is Cat. She might even tell you that she’s hooked on graffiti, 80s movies, and having fun—the riskier the better. Cat will share a good time with you, but she won’t ever trust you enough to share her heart. It’s protected by secrets and she’d like to keep it that way.

If you ask the confident and rich pretty boy, he might tell you his name is Huck. He might even tell you he loves a challenge and is used to getting his way. He won’t tell you that his life is a mess because he risked his heart by trusting the wrong girl. Huck is ready for a change, he just wasn’t ready to get hooked on someone like Cat.

Huck knows one thing for certain: Love hasn’t done him any favors, but Cat just might be worth the risk.

The thing is, you can be ruined in more than one way. Once you’re HOOKED, what wouldn’t you risk for the chance at more? 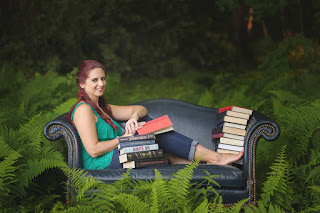 The first thing Christine does when she's getting ready to read a book is to crack the spine in at least five places. She wholeheartedly believes there is no place as comfy as the pages of a well-worn book. She's addicted to buying books, reading books, and writing books. Books, books, books. She also has a weakness for adventure, inappropriate humor, and coke (the caffeinated bubbly kind). Christine is from Forest Hill, Maryland where she lives with her husband, three kids, and her library of ugly spine books.

Exclusive Excerpt from Hooked
Huck’s lips came back to mine, dangerous and urgent as his hands and mouth pulled soft moans from me. Finally, I unhooked my feet and gently pushed back on his chest without breaking the kiss. He seemed desperate to keep his lips on mine, but he allowed me to move his body. I turned us around and then pushed him down into a seated position on the ground, his back against the wall. Then I straddled him, my bare knees digging into the sand uncomfortably. I didn’t care. The discomfort was nothing compared to the ripples of pleasure that were pulsing through the lower part of my body when I settled into his lap.

Huck’s hands slid under me, his thumbs grazing the edge of my panties as he cradled my bare cheeks.

“This thong is a sin,” he growled, twirling the strap in his thumb as if he was going to rip them off. Part of me wanted him to. “Why are we sitting on the ground?” he asked, his voice low and husky.

“Less chance of being seen,” I said.

“Seen doing what?” he mumbled against my shoulder as he kissed along the bare skin.

I hesitated for a moment, knowing I should stay quiet. But my brain wasn’t in control anymore, my body was. Huck’s lips were at the hollow of my throat, his tongue tracing a wicked circle before his lips followed. His hands were still on my ass and I’m not even sure if he was aware he was moving my hips, grinding me down on what was clearly his appreciation of my sinful thong.

“Huck.” His name was a moanful plea.

“I’ll never get tired of hearing you say that.”

He groaned, his lips back on mine, eager to catch his name falling from them. He pushed my hips down while he lifted up into me and I could feel our bodies falling into a tempo we couldn’t deny. Our hips moved against each other as we kissed one another in our secluded little spot on the beach.

Unexpectedly, he went still underneath of me.

“What?” I asked. After all that talk about what he’d do to me, was he really going to chicken out?

“You’re a guy, isn’t it some kind of guy code that you always carry one?” I couldn’t help being irritated. How could he not have one?

“This wasn’t exactly planned,” I pointed out.

“Well, that sucks.” He was no longer moving underneath me and his thumb released my thong, but his lips were back on mine, taking what little bit I could give him. It was good, but it wasn’t enough. Not now that the other question was lingering in the air around us. I pulled away to look at him.