Release Blitz: The Broken One by Ruth Cardello 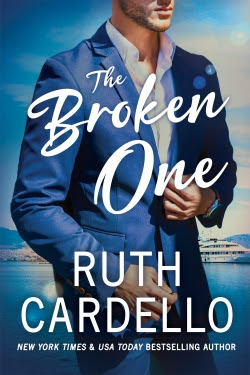 About The Broken One
In New York Times bestselling author Ruth Cardello’s sexy and emotional romance, a billionaire dares to invest in the riskiest proposition of his life: a second chance at love.

Single mom Heather Ellis would do anything for her adopted daughter, Ava. Even post an online reward for anyone who found the girl’s lost stuffed animal. Who’d have guessed it’d be returned by a drop-dead-sexy man with such sadness in his eyes that she had to reach out to him? To Ava, he’s a hero. To Heather, he’s a fantasy that puts at risk the happy life she’s made for herself.

It’s been five years since billionaire developer Sebastian Romano lost his wife and unborn child in a tragic accident. Now he’s all business. No room for emotion. Until he stumbles across that damn stuffed wolf and the beautiful single mother looking for it. Is he ready to give love a second chance?

But there’s more to Sebastian, his family, and his past than Heather knows. More than even Sebastian knows. Will the life they’re building together be challenged when the truth is finally revealed? 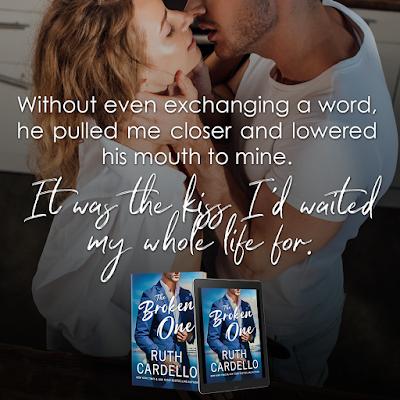 Add The Broken One on Goodreads. 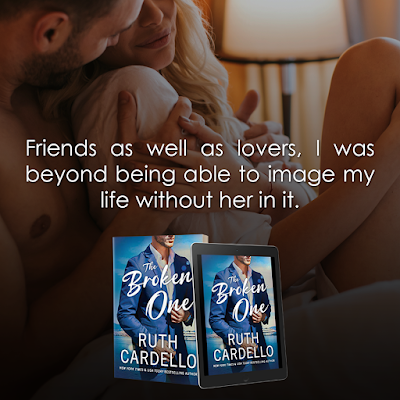 About Ruth Cardello
Ruth Cardello hit the New York Times and USA Today bestsellers lists for the first time back in 2012. Millions of sales are evidence that her books are akin to potato chips, addictive from the first one. She has created a multi-series billionaire world with a combination of escapism and realism that has gained her a faithful following of readers.

Ruth was born the youngest of 11 children in a small city in northern Rhode Island. She spent her young adult years moving as far away as she could from her large extended family. She lived in Boston, Paris, Orlando, New York—then came full circle and moved back to New England. She now happily lives one town over from the one she was born in. For her, family trumped the warmer weather and international scene.

She was an educator for 20 years, the last 11 as a kindergarten teacher. When her school district began cutting jobs, Ruth turned a serious eye toward her second love—writing—and has never been happier. When she's not writing, you can find her chasing her children around her small farm or connecting with her readers online.