Cover Reveal: Over the Fence Box Set by Carrie Aarons 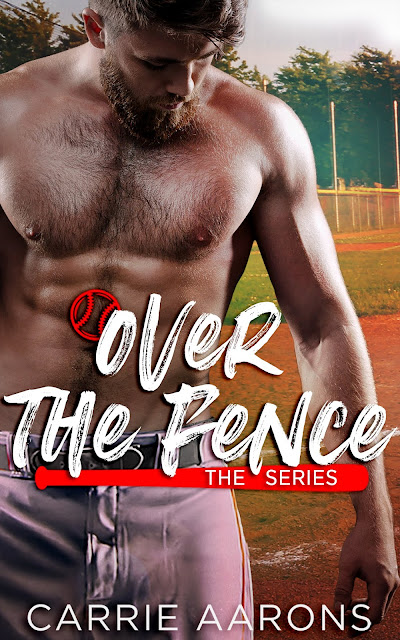 About Over the Fence Box Set
Hit love out of the park with three college sports romances and a brand new novella in this box set from bestselling author Carrie Aarons. 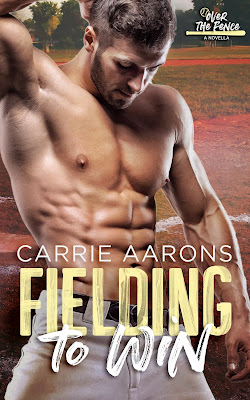 More about the books inside: 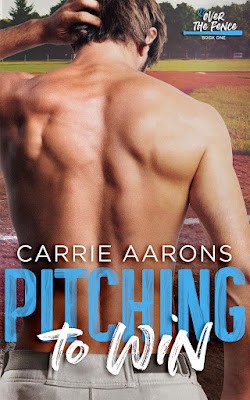 Pitching to Win (book one)
What do you do when the town golden boy, who never noticed you in high school, decides to make a play for your heart?

For Minka Braxton, high school has been anything but easy. After a humiliating scandal sophomore year, she's avoided the social scene and anything having to do with boys, especially of the popular variety. But with senior year approaching, Minka decides it's time to take life back into her own hands. That is, until Owen Axel, the type of guy she's always avoided, decides he wants her in his hands.

Owen Axel is the definition of popular. Good looks, all-star worthy pitching arm and a former pro-athlete father make him Mitchum's town God. Returning from college for the summer, his plan is simple. Beach, booze, and beautiful girls. But one look at Minka Braxton and he knows what he wants. He just doesn't count on her not wanting him.

As the summer unfolds, both must decide how much to reveal, how deep they should fall, and what might happen if they strike out. 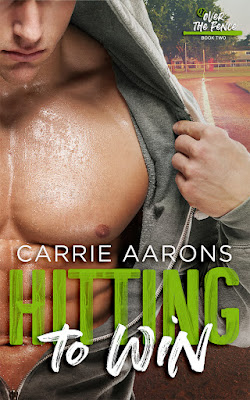 Hitting to Win (book two)
After a lifetime of neglect and sorrow, Miles Farriston has hit rock bottom after his lying ex-girlfriend proves that no one in his life sticks around. On the outs with his friends, in jeopardy of losing his baseball career and this close to getting kicked out of Kappa Eta Sigma, Miles is forced to compete in the Greek Life dance competition. What he didn't bank on was getting bright, cheery Chloe Trabucco as a partner.

Ballet, friends and her sorority. The only three things Chloe Trabucco wants to focus on and excel at. So when she is asked to compete, as a freshman, in the popular Greek dance competition, she couldn't be happier. That is, until she learns Miles is her partner. The same Miles she's had a huge crush on for half of her life, and the same guy who made it clear more than a year ago that he wants nothing to do with her.

Her positivity and patience annoy him. His attitude and anger finally drive her to the breaking point. Can they hit a home run, both on and off the dance floor, or will they go down swinging? 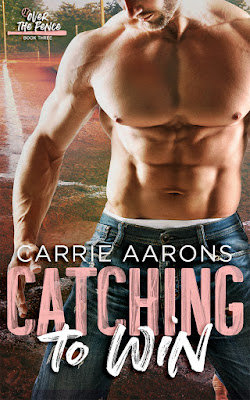 Catching to Win (book three)
Kelsey O'Brien is the definition of a free spirit. She goes where she wants, when she wants, and takes to bed who she wants. And when she arrives back at Grover University after eight months on an African animal preserve, it’s her newly hunky best friend that has caught her eye. As their friendship turns physical, Kelsey begins to form feelings she swore she'd never have for anyone. But when the past she's not ready to face finds her, she must make a decision whether to stop running, or confront the truth.

The first time Clint Bellows laid eyes on Kelsey, he fell hard. Too bad she looked right through him. A year and countless hours in the gym later, she's back and hardly recognizes him and his new body. After a drunken encounter takes them over the line of friendship, Clint agrees to Kelsey's proposal of a benefits-added relationship. Only he's playing for keeps, and is willing to round all of the bases trying to score the self-proclaimed gypsy.

She's running from her demons. He's committed to winning her over. Can he catch her in time, or will she be out of his grasp before he can blink? 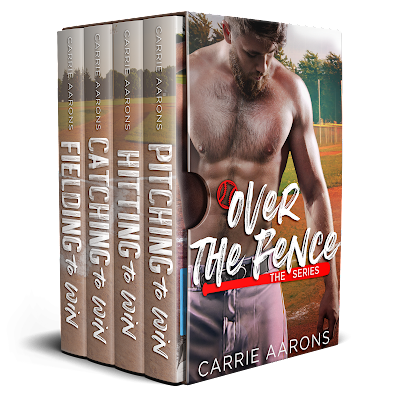 Add Over the Fence Box Set on Goodreads.