The Ravage MC Series
Ravage Me
Seduce Me
Consume Me
Inflame Me
Captivate Me
by Ryan Michele
Cover Design: Pink Ink Designs 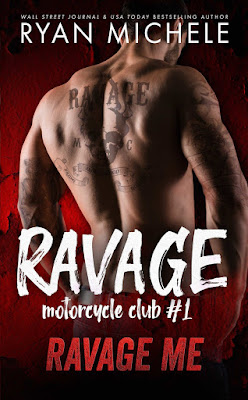 Ravage Me (book one)
Revenge always comes at a price—

Harlow aka Princess spent the last two years locked up for a crime she didn't commit.

Revenge has consumed her thoughts vowing payback for those who put her behind bars. Now, she’s out, going home to her family—the Ravage MC. Retribution is coming.

Former Marine, Cruz knows what it means to lose it all. What this single dad found in the Ravage Motorcycle Club is a home, a family for him and his son.

He protects them at all costs.

When these two head strong people meet in the club’s garage, he’s caught off guard. She’s there on a mission.

Anger and challenge combust around them, the push and pull only igniting the flames brighter, hotter.

Princess refuses to give into the lust.

Cruz demands to have her.

Each not giving in to the other. There is no stopping a motorcycle man when he knows what he wants. Not even a strong, independent self-assured woman can stop him.

Danger threatens everything they stand for, ripping through what they’ve each built with the Ravage MC. Tables are turned and the person who framed Princess is out for blood. Not just hers, but those Princess cares about.

Innocent lives are at stake. One wrong move from either of them means death in the Ravage MC family. One they will never come back from.

It could cost them everything. 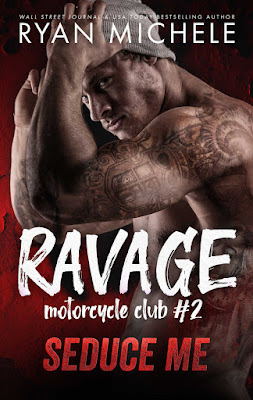 Tragedy strikes the Ravage MC and Casey must return home to a family she's never really felt she fit into.

The secret she carries deep inside her is sure to destroy what's left of the relationship with the one man she's loved since she was a child.

GT rides hard and plays harder. The club is his blood--his legacy. He breathes for it. He'll diefor it.

Causing Casey to leave him was the hardest thing he's ever had to do, but it was for the best.

Except when she returns and life goes to hell, she's the one person he wants to turn to, but he doesn't know...

Sometimes the pain is too much to overcome.
Sometimes it consumes a person until there is nothing left.
Sometimes forgiveness isn't an option.

Some secrets you never come back from. 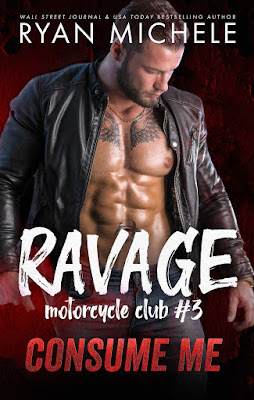 Being a stripper at Studio X was never Blaze’s dream, but it pays the bills and puts food on the table. Having it owned by the Ravage MC is both a blessing and a curse.

She’s worked hard to get where she is to let anything detour her. Not even the hunk of man who won’t seem to leave her alone. He’s a temptation she doesn’t need.

Tug is prospecting to become a member of the Ravage MC, doing everything he can to prove his loyalty to the brothers.

His mind is also set on a sexy brunette whose eyes set him on fire, even if she keeps pushing him away. Tug loves a challenge—bring it on.

When secrets are revealed, it will be the ultimate test between the two.

Sometimes the only way to beat the demons back is to look them straight in the eye. 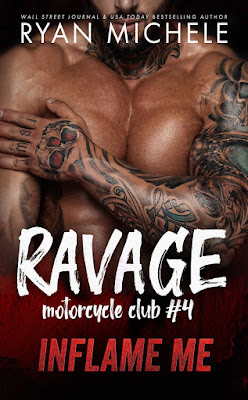 Inflame Me (book four)
Age is but a number...

With no other choice, Tanner must seek out the one person she's never met, but gave her half of his DNA. In going to him, her world opens wide to a life she'd never experienced, the Ravage MC.

Whether she realizes it or not, she just gained an extended family.

Danger lurks in a tall, tatted, older, scary as hell man that could crush her with one hand. Except, looks can be deceiving. Wolf in sheep's clothing they say.

Rhys knows what he wants the instant his eyes land on Tanner and will stop at nothing to have her.

Even if that means going up against his best friend and brother, her father. Nothing and no one holds him back. Except maybe himself.

When push comes to shove, Rhys always shoves back harder, faster, and fiercely.

Survival of the fittest doesn't apply to Rhys. He will survive with his woman at his side, or die trying. 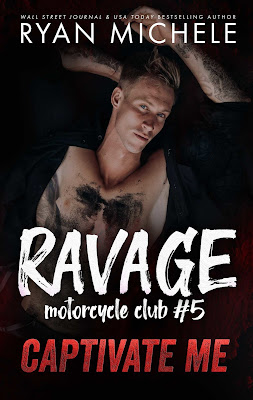 Captivate Me (book five)
Revenge comes at a price.

The Ravage MC is a family. Always has been, always will be.

Now it all comes down to this moment: a day of reckoning. After all, now they know the cause of all the turmoil their lives have become. And only one thing is on their minds: vengeance.

Unfortunately, sometimes the cost is far greater than one can bear.

Survival of the fittest, just got an entirely different meaning. 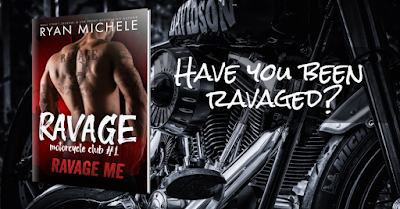 Goodreads
Ravage Me | Seduce Me | Consume Me | Inflame Me | Captivate Me 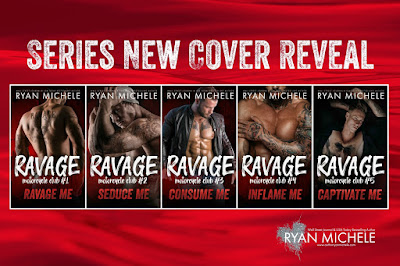 Ryan Michele is the Wall Street Journal and USA Today bestselling author of over 40 romantic suspense novels. She found her passion bringing fictional characters to life, being in an imaginative world where anything is possible. Her knack for the unexpected twists and turns will have you on the edge of your seat with each page. She is best known for her alpha, bad boy bikers and strong, independent heroines who refuse to back down. When she’s not writing, you can find her on her swing, watching the water ripple in the pond and daydreaming about her next book. 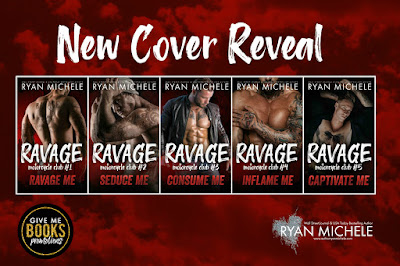