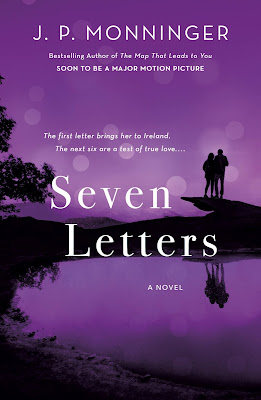 About Seven Letters
From the author of The Map That Leads to You comes another sweeping, romantic novel about love, family, and what it means to build a home together, Seven Letters.

The Blasket Islands are the heart of Ireland - once populated with some of the most famous Irish writers, they are now abandoned, filled with nothing but wind and silence. Kate Moreton, a PhD student at Dartmouth, is in Ireland to research the history of the Blaskets, not to fall in love. She has a degree to finish and a life back in New Hampshire that she is reluctant to leave.

But fall in love she does, with both the wild, windswept landscape and with Ozzie, an Irish-American fisherman with a troubled past who shares her deep, aching love for the land. Together, they begin to build a life on the rocky Irish coast. But when tragedy strikes, leading Kate on a desperate search through Europe, the limits of their love and faith in each other will be tested.

An Excerpt from Seven Letters
Prologue

The Irish tell a story of a man who fell in love with a fairy woman and went with her to live on an island lost to time and trouble.

They lived in a thatched cottage overlooking the sea with nothing but donkeys and gulls and white chickens to keep them company. They lived in the dream of all lovers, apart from the world, entire to themselves, their bed an island to be rediscovered each night. In all seasons, they slept near a large round window and the ocean wind found them and played gently with their hair and carried the scent of open water to their nostrils. Each night he tucked himself around her and she, in turn, moved closer into his arms, and the seals sang and their songs fell to the bottom of the sea where the shells held their voices and relinquished them only in violent storms.

One day the man went away, mortal as he was; he could not resist his longing to see the loved ones he had left behind. She warned him that he would grow old the moment his foot touched the soil of the Irish mainland, so he begged her for one of the donkeys to ride back to his home for a single glance at what he had left behind. Though she knew the risk, she loved him too much to deny his wish, and so he left on a quiet night, his promise to come back to her cutting her ears with salt and bitterness. She watched him depart on a land bridge that arced to the mainland and then turned back to her cottage, knowing his fate, knowing that love must always have its own island. She raised up the fog from the ocean and she extinguished all light from the island and the chickens went mute and the donkeys brayed into the chimney smoke and the gulls called out her anguish.

After many days of travel, and through no fault of his own, he touched ground and became an old man in one breath. Even as age claimed him upon the instant of his foot striking the soil, he called to her to save him, but she could not help him any longer. In the seasons afterward, on certain full moon nights, she permitted the island to rise from the mist and to appear to him, or to any broken-hearted lover, the boil of the sea stilled for an unbearable glimpse of what had been lost so thoughtlessly. To his great age he lived for the moments when he might hear her voice rising above the sea, the call of their bed and their nights and their love, the call of his heart, the call of the gulls that held all the pain of the world. He answered on each occasion that he was here, waiting, his heart true and never wavering, his days filled with regret for breaking their spell and leaving the island. He asked her to forgive him the restlessness, which is the curse of men and the blood they cannot still, but whether she did or not, he could not say.

About J.P. Monninger
J.P. Monninger, author of The Map That Leads to You, is an award-winning writer in New England and Professor of English at Plymouth State University. 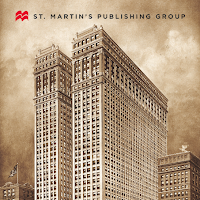