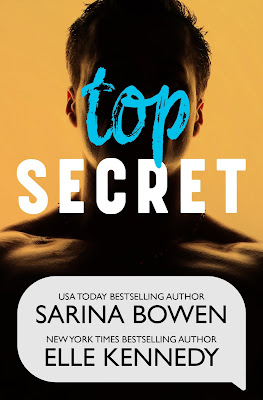 SinnerThree: Then you’ve come to the right hookup app.

LobsterShorts: Have you done this sort of thing before? With another guy?

SinnerThree: All the time. I’m an equal opportunity player. You?

SinnerThree: Well, I’m down if you are. My life is kind of a mess right now. School, work, family stress. Oh, and I live next door to the most annoying dude in the world. I need the distraction. Are you sure you want this?

LobsterShorts: I might want it a little more than I’m willing to admit.

SinnerThree: Hey, nothing wrong with pushing your boundaries...

SinnerThree: Then it’s awkward. It’s not like we’ll ever have to see each other again. Right? Just promise you won’t fall in love with me.

LobsterShorts: Now wouldn’t that be life-changing...

About Sarina Bowen & Elle Kennedy
Sarina Bowen is the RITA® Award-winning author of over thirty contemporary novels. She most recently hit the USA Today bestsellers list in January with Overnight Sensation. Formerly a derivatives trader on Wall Street, Sarina holds a BA in economics from Yale University.

Sarina's books are published in a dozen languages on four continents. In 2016, The Romance Writers of America honored Him by Sarina Bowen and Elle Kennedy with a RITA award for Best Contemporary Romance, Mid-Length.

A New York Times, USA Today and Wall Street Journal bestselling author, Elle Kennedy grew up in the suburbs of Toronto, Ontario, and holds a B.A. in English from York University. From an early age, she knew she wanted to be a writer and actively began pursuing that dream when she was a teenager. 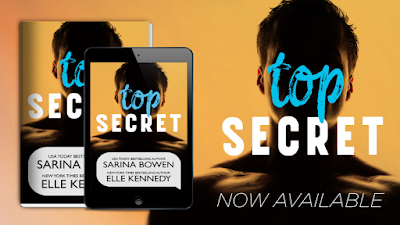