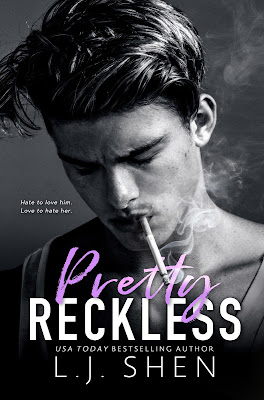 Penn
They say revenge is a dish best served cold.
I’d had four years to stew on what Daria Followhill did to me, and now my heart is completely iced.
I took her first kiss.
She took the only thing I loved.
I was poor.
She was rich.
The good thing about circumstances? They can change. Fast.
Now, I’m her parents’ latest shiny project.
Her housemate. Her tormentor. The captain of the rival football team she hates so much.
Yeah, baby girl, say it—I’m your foster brother.
There’s a price to pay for ruining the only good thing in my life, and she’s about to shell out some serious tears.
Daria Followhill thinks she is THE queen. I’m about to prove to her that she’s nothing but a spoiled princess.

Daria
Everyone loves a good-old, unapologetic punk.
But being a bitch? Oh, you get slammed for every snarky comment, cynical eye roll, and foot you put in your adversaries’ way.
The thing about stiletto heels is that they make a hell of a dent when you walk all over the people who try to hurt you.
In Penn Scully’s case, I pierced his heart until he bled out, then left it in a trash can on a bright summer day.
Four years ago, he asked me to save all of my firsts for him.
Now he lives across the hall, and there’s nothing I want more than to be his last everything.
His parting words when he gave me his heart were that nothing in this world is free.
Now? Now he is making me pay. 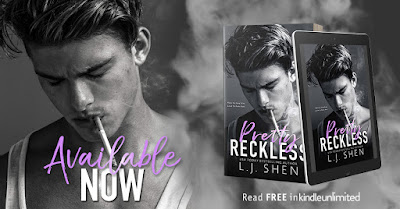 An Excerpt from Pretty Reckless
“I don’t want you transferring into my school,” I hiss out. Melody would gladly file a transfer request, and Principal Prichard would salivate over the chance to snatch him up for our football team.

“That won’t be a problem. You guys suck so much ass, you have shit-breath.”

“Still smells better than poverty. You’re poor, right? Your sister was just bullshitting about being rich.”

When someone hits me with a stick, I run over them with a tank. I’m so mean to him I want to throw up. I hate this part of being me. The striking harder at all costs part.

“Just to make things clear.” I put the brush down, batting my lashes. “You’re not my step-sibling, foster brother, or a part of the family. You’re a stray dog. Last of the litter, most unlikely to be adopted, and a charity case.”

Penn takes a step toward me, and my heart is fighting its way out of my ribcage. The closer he gets, the more I realize that my heart might succeed. Penn’s eyes remind me of a snake’s. Mesmerizing, but inhuman altogether. They weren’t like that before.

His scent messes with my head. I want to reach out and caress his face. Kiss his wounds better. Beg for forgiveness. Curse him. Push him away. Cry on his shoulder for what we’ve done. For how it ended. For what we became afterwards, because I’m full of crap and he is totally empty.

We ruined ourselves the day of our first kiss.

Penn looks down at me. Time stops. It feels like the world is losing gravity, falling into a bottomless depth in space when he clasps my chin with his thumb and finger, lifting my head up. I can’t breathe. I’m not sure I want to, either. My towel drops to the floor with a thud, even though I secured it over my chest. I realize that he tugged at it intentionally. I’m naked. My body, my soul, my heart. All my walls are down. Somewhere in my head, a red alarm blasts and my inhibitions are getting armed, ready to fight back. I’m trying to decode his expression. He is amused, irritated, and…playful? The mixture of emotions doesn’t make any sense.

“Mess with me, Followhill, and I will ruin you.” 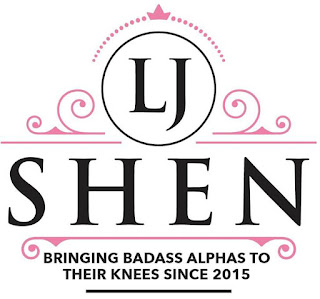 L.J. Shen is a USA Today, Washington Post and Amazon #1 bestselling author of contemporary, new adult and YA romance. Her books have been sold to seventeen different countries.

She lives in California with her husband, son, cat and eccentric fashion choices, and enjoys good wine, bad reality TV shows and catching sun rays with her lazy cat.