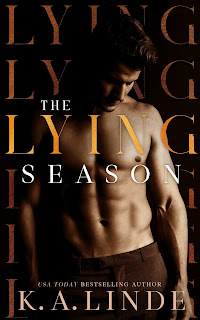 Five years ago, Lark St. Vincent had the love of one man, but she chose to walk away from it and from him. Nowadays, her sole focus is on her career, and with the opportunity to be at the helm of the mayor's re-election campaign, Lark is reaping the rewards of all her hard work. She knows that when it comes to political campaigns, she needs to be ready for anything, but she was never prepared to come face to face with the man who owned her heart five years prior. Sam Rutherford has been brought in as legal counsel, which means that they belong to the same team and will be working closely with each other. The best thing is for them to keep things professional, keeping anything personal at a far distance and not giving in to temptation. Because being around Sam? Well, it's a temptation that Lark has never quite gotten over. If she's being honest with herself, her heart has never quite gotten over the end of their relationship either. But one experience with her worst heartbreak was enough. She's too smart to open the door to that possibility again--not with so much at stake, right? But is Lark lying to herself?

The Lying Season is a spin-off of the Cruel trilogy, both penned by K.A. Linde. While the former tackles a different couple and is promoted as a standalone, I'm going to highly recommend you read the latter first because of all the recurring characters--and there are A LOT of them--between the trilogy and this new book. I'll be honest: I felt a tad lost, and this is with having read, at the very least, One Cruel Night and Cruel Money, the prequel novella and the first full-length novel in the Cruel series, respectively. Aside from the cast of characters, I can't help but wonder if some bit of the history between the main characters here played out in the aforementioned original series. Also, Lark maintains her ties with her friends from the Upper East Side, and I'm pretty sure that had I not had some idea of who they were because I read the Cruel series starter, I would have felt really clueless, diminishing my reading experience further. Taking Lark and Sam's story on its own--the whole second chance feel of it--I did enjoy the connection they shared and liked how it was tied together with a political backdrop. 3.5 stars for The Lying Season. ♥