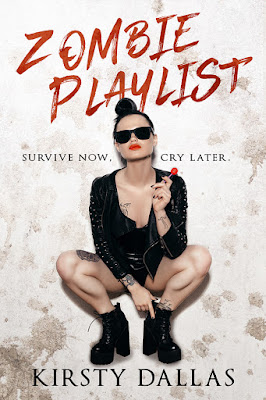 About Zombie Playlist
Reader Warning: If you're sensitive to the occasional horror theme, smoking weed and nicotine, drinking vodka straight from the bottle, and a shit load of cursing, this epic fictional adventure may not be for you.

Some people are life-sucking, soul-destroying, end-of-the-world assholes…then there are zombies. Actually, they’re not really zombies, they’re infected, but you know, tomayto tomahto.

Don’t get me wrong, I’ve got my faults, too. My attitude downright sucks. I’m untrusting. I smoke and curse too much, and I’m somewhat of a kleptomaniac. In a normal world, those faults help keep my rock queen facade intact. But in this new world, one raging with illness and torn apart by the desperate and stupid, I’m what you would call a survivor.

My plan was simple, stay alive and protect my teenage sister. When a silent man with a steely gaze shot his way into my existence, I knew that more than my life was at stake. Lawson Bishop had the potential to crack his way inside the hard shell of my heart and bring it back to life. 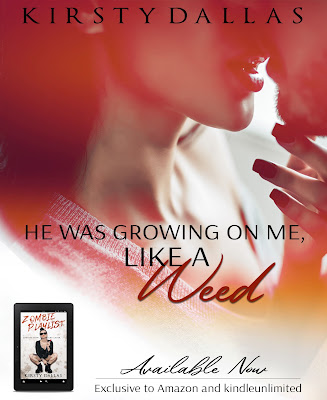 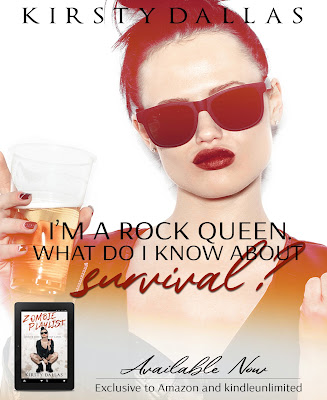 About Kirsty Dallas
Kirsty Dallas is an international bestselling and award winning author from the south east corner of Queensland, Australia. Her comedy romance, Decker's Wood, was an Amazon, iBooks and Nook bestseller, and was also a Goodreads Top 10 Comedy for 2014. Novels to date also include the highly acclaimed Mercy's Angels series which tackles the subject of violence against women, and standalone novels Breeze of Life, Violet Addiction, Stupid Love, the award-winning dark romance, When Nothing Is All You've Got, and Liberty.

Kirsty Dallas' stories are renowned for their raw honesty and engaging characters. Plots that delve into the frightening subjects of abuse, rape, drugs and violence are twisted into the pages of her books, bringing heart-stopping action and a roller coaster of emotion.

Working with Australian Director and screenwriter Chris Sun, Kirsty worked as script editor on the horror feature film Boar. It was signed to Universal Pictures Australia, and was released in 2018.