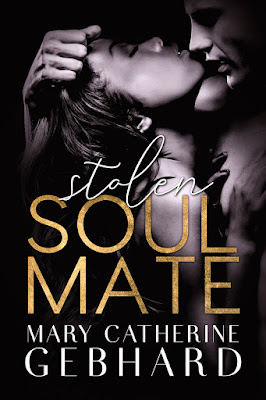 About Stolen Soulmate
There’s a rule in Crowne Hall: never look a Crowne in the eyes.
It protects us more than them.

I broke it once, the night Grayson Crowne mistook me for his true love and stole my first kiss. I’ve regretted it every day since.

He hates me.
He torments me.

He won’t let me go, because that night he whispered a secret against my lips not meant for me. Grayson Crowne, heir to the Crowne empire and notorious playboy prince is… a virgin.

I signed a contract in my heart’s blood as much as ink: help him get back his love, repair what I broke. Give him my body, my soul, my heart, let him use all of me, so when the time comes to marry her, he won’t need me.

I shouldn’t need him.
But he’s my stolen soulmate, and I’m at his mercy. 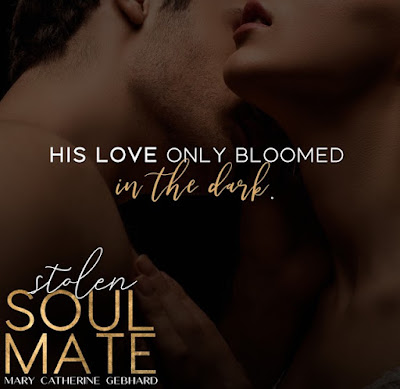 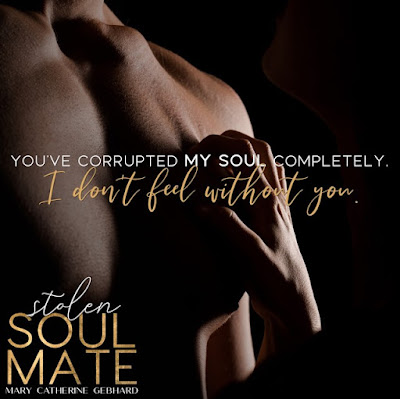 About Mary Catherine Gebhard
I started writing the moment I could read. My first characters were Wibbley and Squig and I used MS Word and clipart to bring them to life when I was a kid in elementary school. I started seriously thinking about being a writer in High School and I remember the day exactly, because it was such an epiphany. I was always so uncertain. You know how everyone was always asking what you wanted to be when you were older? Well I NEVER could decide.

I wanted to be a marine biologist.

A FIRE FIGHTER (thank you Joaquin Phoenix in Ladder 49 for that phase).

One day it hit me—A WRITER. I could do it ALL. Then you couldn’t stop me from writing. I penned my first novel at fifteen (but don’t ask me to show it to you, because it’s like I was in competition to beat the thesaurus).  When I was diagnosed with a chronic illness, writing became even more important, because it became my therapy. When I wrote my characters, suddenly I wasn’t so alone.

These days you can find me daydreaming about where to travel with my husband, singing in my car, or lost in the newest K-drama. And planning my next novel, of course.