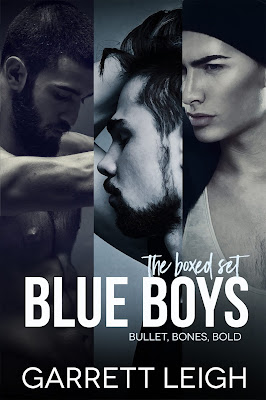 Three steamy bestselling novellas set within the Blue Boy world. All three novellas are set in and around the Los Angeles based Blue Boy Studio, an adult film company with a difference.

BOOK 1 – Bullet: Levi is a power top with an alcoholic mother, and a chip on his shoulder. Sonny’s a dancer with attitude and the biggest heart. Their scene together is just another day at work until Levi realises he’s falling hard for the twink he used to hate. Enemies to lovers is inevitable.

BOOK 2 – Bones: Skater boy Cam is a veteran actor at Blue Boy adult studio. Nursing an unrequited crush on his boss, he’s never needed anything else until kind-hearted Sasha rides into his life on his BMX. They share more than mutual attraction, and when Cam find himself in need of some healing comfort, friendship turns to love.

BOOK 3 – Bold: Go-go dancer Kai has never been the object of anyone’s desire, at least not for real, away from the adult studio where he films scene after scene from the bottom. Then quiet Matthew enters his life. A scene with a difference comes to call, if Kai can figure out how to truly own Matthew, inside and out.

All three novellas guarantee a happily-ever-after. 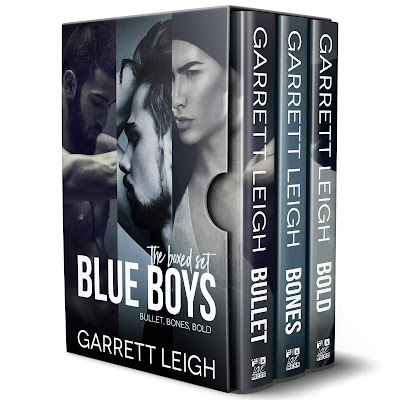 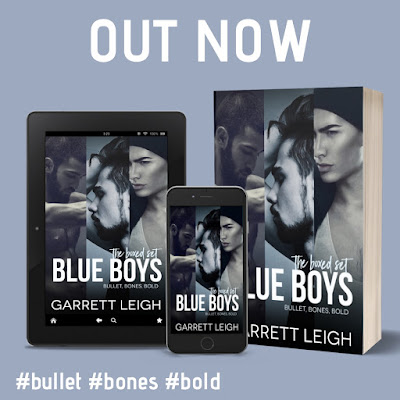