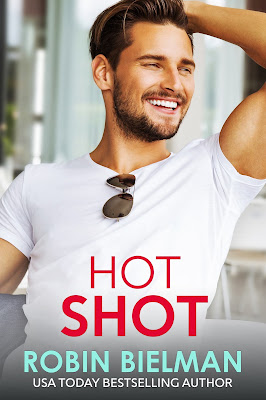 About Hot Shot
He believes in fate…

Here’s my plan: Crash through the ceiling of my family’s business to become the best hotelier on the West Coast. Nothing rattles me when it comes to a challenge and hard work, but when I spot my almost one-night-stand in my lobby, I’m thrown totally off my game. Alejandra is my dream girl. The one I can’t forget who got away—literally. Which might explain why I blurt out to my meddlesome, matchmaking grandmother that Alejandra is my date for her fast approaching and highly choreographed eightieth birthday party.

She’s been on pause…

Some decisions are harder than others, but agreeing to a date with Drew isn’t one of them. He’s a charming and gorgeous curveball I didn’t see coming, but the more time we spend together, the harder it is to remember to play it safe. I’ve made a promise, and even though I’m now torn, I have to honor it in order to move on from the past.

Drew feels like my future, but I’m about to put everything I want in jeopardy. 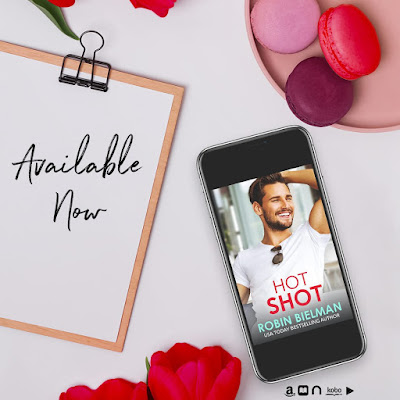 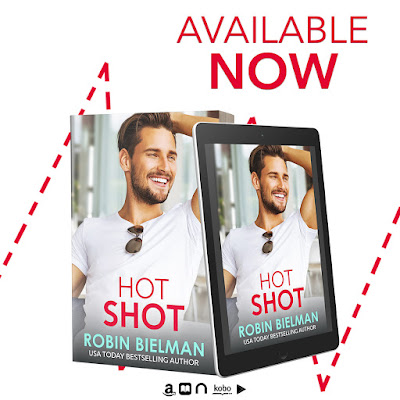 An Excerpt from Hot Shot
“Is it okay if I take this seat?” a man asks. The masculine voice is deep, seductive. Friendly.

That’s what resonates deep inside me, and I don’t have to think twice about my answer. I also don’t have to turn my head to know who’s asking. “Sure.”

“I’m Drew,” he says as he gets comfortable beside me.

I take a moment to breathe in his clean, spicy scent before I look at him. “Alejandra.” “It’s nice to meet you, Alejandra.”

“You, too.” Up close, he’s even better-looking. Eyes a shade of blue-green I’ve never seen before, neat hair longer on top than the sides, broad shoulders that fill out his tailored suit coat. I’d venture his outfit cost more than my monthly mortgage.

He notices my glass of water and waves a hand at the bartender. A thick black watch peeks out from his sleeve. His hand is big, capable-looking. “Can I buy you a drink?”

With the way my pulse is racing, he absolutely can. I may need several to calm my nerves. “I think I saw a blood orange margarita on the menu.”

“You got it.” He drops a cocktail napkin in front of Drew and one in front of me. “You seem to know a lot of people,” I say.

“I’m here with my sister and two friends. They’re on the dance floor.”

“It’s lucky I got to you before someone else, then.”

I can't get my head down. It’s a good thing my light brown skin doesn’t give away my blush easily. Are there other people here? All of a sudden it doesn’t feel like it.

“Looks like you took one for the team,” he says next.

“What?” His knee taps mine as he swivels and nods to my boot.

Oh, that. I grin. What a nice way to put it. Not only is Drew the hottest-looking man in this bar, but he’s decided I’m caring rather than klutzy, something no stranger has done in the five weeks I’ve been injured. “Team captain right here,” I say.

It takes me a second to follow his train of thought. Wonder Woman. “Laying it on a little thick, aren’t you?” I tease.
He smiles and I’m hit not only with flirty intensity, but sincerity, too.

He might be coming on strong, but his compliment is genuine. “Is it working?” 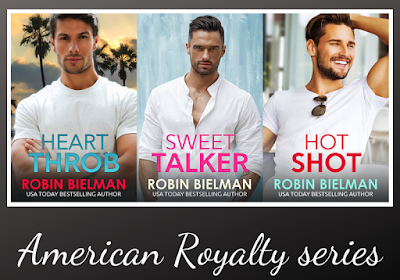 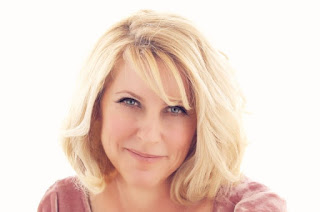 Robin Bielman is the USA Today bestselling author of over fifteen novels. When not attached to her laptop, she loves to read, go to the beach, frequent coffee shops, and spend time with her husband and two sons.