Release Blitz: The Most Beautiful Girl in Cuba by Chanel Cleeton 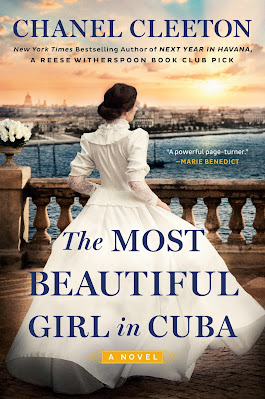 The Most Beautiful Girl in Cuba
by Chanel Cleeton
Release Date: May 4, 2021
Berkley
About The Most Beautiful Girl in Cuba
At the end of the nineteenth century, three revolutionary women fight for freedom in New York Times bestselling author Chanel Cleeton’s captivating new novel inspired by real-life events and the true story of a legendary Cuban woman–Evangelina Cisneros–who changed the course of history.
A feud rages in Gilded Age New York City between newspaper tycoons William Randolph Hearst and Joseph Pulitzer. When Grace Harrington lands a job at Hearst’s newspaper in 1896, she’s caught in a cutthroat world where one scoop can make or break your career, but it’s a story emerging from Cuba that changes her life.
Unjustly imprisoned in a notorious Havana women’s jail, eighteen-year-old Evangelina Cisneros dreams of a Cuba free from Spanish oppression. When Hearst learns of her plight and splashes her image on the front page of his paper, proclaiming her, “The Most Beautiful Girl in Cuba,” she becomes a rallying cry for American intervention in the battle for Cuban independence.
With the help of Marina Perez, a courier secretly working for the Cuban revolutionaries in Havana, Grace and Hearst’s staff attempt to free Evangelina. But when Cuban civilians are forced into reconcentration camps and the explosion of the USS Maine propels the United States and Spain toward war, the three women must risk everything in their fight for freedom.

An Excerpt from The Most Beautiful Girl in Cuba
“I’m here for a job if you have one. As a reporter. I’ve spent the last few years writing for smaller papers, getting experience where I could.” I gesture to the leather folio in my lap. “I’ve brought samples of my work if you’d like to look at them. They’re not necessarily the kinds of stories I want to cover, but they’re a start.”
“Why do you wish to work here, Miss Harrington?” Pulitzer asks, making no move to take the folio from me.
“Because of the stories you cover, the impact you have. The World has one of the largest circulations in the world.”
Indeed, Mr. Pulitzer has just slashed the World’s price to one cent, saying he prefers power to profits, circulation the measure by which success is currently judged.
“You have the opportunity to reach readers, to bring about change, to help people who desperately need assistance,” I add. “I’ve admired the work you’ve done for years. You’ve long set the tone the rest of the New York newspaper industry follows. You’ve filled a gap in the news, given a voice to people who wouldn’t have otherwise had one. I’ve read the articles you wrote when you were a reporter yourself in St. Louis, and I admire the manner in which you address society’s ills. You’ve revolutionized the newspaper. I want to be part of that.”
“That’s all fine and good, but why should I hire you? What would you bring to the World that someone else wouldn’t?”
“My gender, for one. A woman knows what it’s like to be pushed to society’s margins. There are some who might argue that a woman cannot do this job as effectively as a man. They would be wrong. Nellie Bly has proven that. You did, too, when you hired her.”
“And what do you know of Nellie Bly?”
“You gave her a chance when others wouldn’t.”
“Cockerill gave her a chance,” he replies, referring to his editor.
“With all due respect, Mr. Pulitzer, we both know this is your paper. You saw something in Nellie Bly. And now she’s gone, and you need another reporter who can take on the kinds of stories she did and can go places your male journalists can’t. What she accomplished at the Women’s Lunatic Asylum”—the words “lunatic asylum” fall distastefully from my mouth—“on Blackwell’s Island, going undercover like that, was nothing short of extraordinary. Those women’s lives have been changed because of Miss Bly’s courage and her daring. Those placards out there, the philosophy with which you run your newsroom—I promise to uphold it every single day I work for you.”
Pulitzer leans back in his chair. “You’re plucky like Bly, I’ll give you that.”
“I am.” 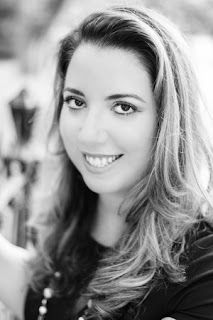 Chanel Cleeton is the New York Times and USA Today bestselling author of Reese Witherspoon Book Club pick Next Year in Havana. She received a bachelor’s degree in International Relations from Richmond, The American International University in London and a master’s degree in Global Politics from the London School of Economics & Political Science. Chanel also received her Juris Doctor from the University of South Carolina School of Law. She loves to travel and has lived in the Caribbean, Europe, and Asia.
Connect with Chanel
Website | Facebook | Instagram | Goodreads | BookBub