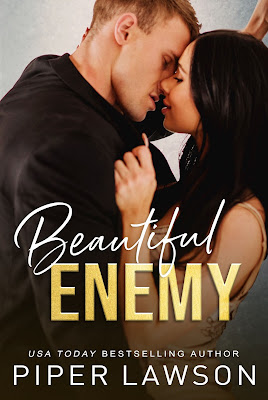 Beautiful Enemy
(Enemies #1)
by Piper Lawson
Release Date: May 12, 2021
About Beautiful Enemy
I sold my future to the man who ruined my past.
I had a plan: Sign a contract and board a plane to Ibiza. The anonymous deal would salvage the smoldering wreckage of my life.
It would not involve billionaire Harrison King. AKA, the reason I need saving in the first place.
He’s as beautiful as he is cruel. A British business titan who’s practically royalty and makes a living getting what he wants.
The man flies private. Dates supermodels. But the crisp accent and cocky smirk don’t fool me. He’s a gentleman on the outside, a savage beneath. Dangerous, rough and brutal.
Because after my attempt to publicly stand up for those who needed it...
He destroyed my reputation.
Now, he’s come for the rest of me.
Except it’s not salvation he’s promising. It’s nights in Ibiza, under his roof, rules, his control.
I sold my soul to a man I hate. Now, he owns me.
I can’t back out. No matter what kind of punishment he has in store.
Harrison King knows my secrets...
But kings keep secrets too. 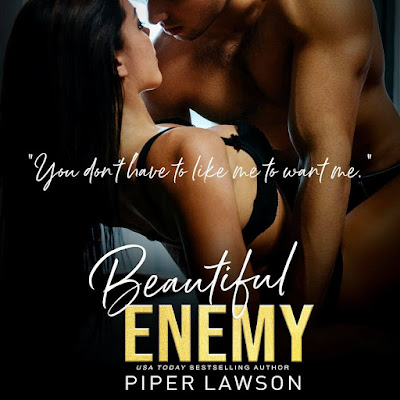 About Piper Lawson
Piper Lawson is a USA Today bestselling author of smart, steamy romance! She writes about women who follow their dreams (even the scary ones), best friends who know your dirty secrets (and love you anyway), and complex heroes you’ll fall hard for (especially after talking with them). Brains or brawn? She’ll never make you choose.

Piper lives in Canada with her tall, dark and brilliant husband. She believes peanut is a protein, rose gold is a neutral, and love is ALWAYS the answer. 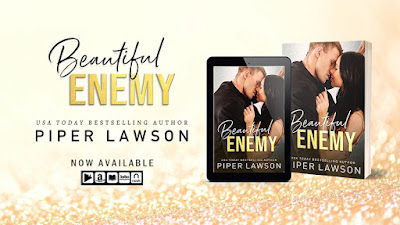